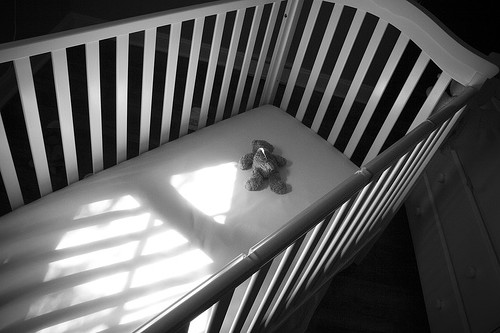 The nation’s birth rates last year reached record lows for women in their teens and 20s, a new government report shows. For those keeping score at home that’s the fewest babies in over three decades.

The report, based on more than 99% of U.S. birth records, found 3.788 million births last year. “It was the fourth year the number of births has fallen,” reported the AP, “the lowest since 1986 and a surprise to some experts given the improving economy.”

I always hear explanations from “experts” that birth rates drop in times of economic difficulties but then they also worry that poor countries have such high birth rates. I don’t know how they correlate those two things. I suspect that in the end the willingness to have children, love them, and raise them has very very little to do with economics.

Interestingly, however, I do believe the baby drought will have a massive economic impact. The fertility rate of 1.7 births per U.S. woman also fell 2%. The replacement rate is 2.1. That means the current generation isn’t making enough babies to replace itself. In a society that depends on tax money to pay for programs for older and retired this is a big economic problem. It’s been called a “Demographic time bomb.”

It’s an irony that our sex obsessed culture isn’t making enough babies. But maybe that makes perfect sense because we’ve attempted to separate sex from pregnancy. To do so, our culture has had to turn its back on Christianity and embrace contraception. Christianity calls us to love one another, not simply gain consent to gratify ourselves on top of one another. A bit of a higher bar, don’t you think?

We’ve also had to make some reclassifications such as tiny human beings are no longer considered tiny human beings but “blobs of tissue” or “products of conception” in order to really separate sex from all consequences.

Mary Eberstadt wrote in the great book “How the West Really Lost God: A New Theory of Secularization” that the decline of the family precipitated the decline of religion, not the other way around. Either way, they’re linked. But if Eberstadt is right that means that Christianity will continue receding in the U.S. as the family disintegrates.

So what is it? Americans just aren’t into babies anymore? Would it be different if people had more money in their pockets? The answer would seem to be no in that the most affluent tend to not have as many children as others.

It’s not a lack of money. What we are looking at is a lack of love, a lack of selflessness. That’s the cause. And it will be our downfall. We no longer connect with each other in meaningful ways.

We are the most connected people in the history of mankind. We can connect with people all across the globe but we feel isolated. We are a sex obsessed culture that doesn’t have babies or even get married. And unless some radical evangelization occurs in the near future, things are only going to get worse.