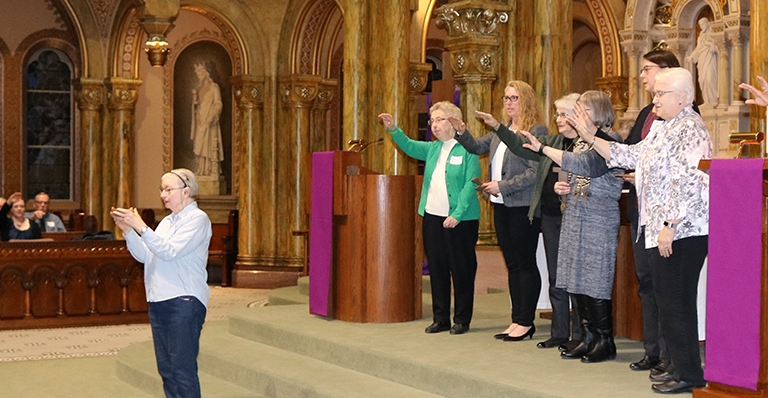 For nearly a century and a half, the Franciscan Sisters of Perpetual Adoration have said prayers every hour of every day in their chapel in La Crosse.

But next month that practice will be coming to an end.

The sisters have announced that after a dozen years of study and reflection, they will begin to cut back their prayer ritual, which began in 1878, to 6 a.m. and 10 p.m. daily.

In 1997, prayer partners were invited to take the daytime hours while sisters living at St. Rose Convent continued the night hours. As demographics continued changing in the early 2000s, the sisters began studying the future of the practice.

“Our thoughtful study over the years has included a growing understanding of a modern way to live in adoration through our prayer lives and actions, no matter where we are,” said FSPA President Eileen McKenzie.

A perusal of their website displays some of the issues they’re most concerned with. This is the “news” on their front page.

I sometimes think that the stern hand of divine judgement has been stayed for all the rosaries prayed every day and by those taking part in perpetual adoration. Looks like we need to up our game.