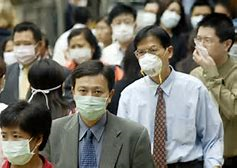 The Coronavirus has been taking a terrible toll on the people of China. Hundreds of thousands affected. And a rising death roll. And the government is looking a little flat-footed on dealing with this large scale problem.

Hmmmm, if only there was some global organization that has committed itself to helping people that had been doing it for a thousand years.

It is increasingly clear that much of the blame for the seriousness of the coronavirus’s spread can be placed on the culture of lying and covering up bred by China’s deeply flawed and highly corrupted Marxist-Leninist system “with Chinese characteristics.”

Yet it’s also worth reflecting on the limited tools that the Chinese government has to deal with the situation due to its parallel wars on both religion and civil society. The two are closely related as across the world the Catholic Church, Protestant denominations, Islam, Buddhism, Hinduism, Judaism and most other organized religions play an outsized role in civil society through religion-backed organizations and charities devoted to humanitarian services.

The Catholic Church has traditionally been very active in providing such services through church-backed organizations such as Caritas and the Society of St. Vincent de Paul as well as a wide range of religious orders.

The Chinese government has persecuted the Catholic Church for decades, seeking to wipe it out entirely. It needs the Church now but I doubt it will modify its behavior.

This is the same government that oversaw the deaths of tens of millions all in the name of a greater good.

The Catholic Church believes the greater good is saving individual souls. Sometimes it’s nice to have an organization like that around.