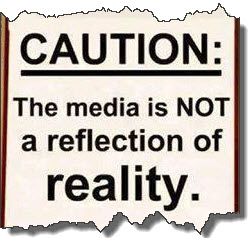 The media has once again boarded the Orange Man Bad ship and set sail on a new adventure off the edge of reality.

An Arizona man, fearful of the Coronavirus, heard President Trump talking hopefully about the effect chloroquine, an anti-malaria drug, may have on the virus. To be clear, there’s plenty of anecdotal evidence to back up Trump’s suggestion that this drug could be “a game changer.”

Anyway, the Arizona man saw that chloroquine was an ingredient in his aquarium cleaner and downed it. He later died.

As if the president recommended anyone drink aquarium cleaner!!!

And this news report is not an anomaly.

Reuters: “An Arizona man has died and his wife is in critical condition after they ingested chloroquine phosphate – an aquarium cleaning product similar to drugs that have been named by President Trump as potential treatments for coronavirus infection.”

Oddly, Reuters doesn’t mention Trump in the headlines of stories about those who have been saved by chloroquine. Just those who drank an aquarium cleaning product.

To be clear, there are multiple tests worldwide going on right now to test this drug but when I typed “chloroquine” into Google, 11 of the top 12 news articles about it were about this man and they all mentioned Trump in a negative way.

Just when Americans really need the media, they decided to spelunk into the depths of their hatred and once again expose themselves as disgusting cretins.

This is a new low, even for them.

I’m sorry, IThe media is sinking to despicable lows when we actually need them.