Supreme Court Just Made it Open Season on Religious Organizations 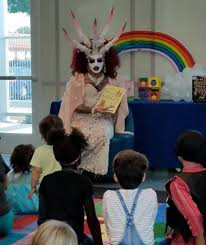 The Supreme Court’s reimagination of a federal prohibition against employment discrimination based on sex to now include sexual orientation and “gender identity” — opens the door for left-wing lawsuits attacking religious organizations.

But hey, no worries because the really really right wing conservative Supreme Court will protect us, right? Right?

The Supreme Court’s decision to extend prohibitions against employment discrimination to include sexual orientation and “gender identity” will place religious and traditional organizations at a legal disadvantage when they are inevitably sued by left-wing outfits.

“You’re going to see these decisions going overwhelmingly in favor of the litigants [and] the plaintiffs who are challenging any religious organization, or any school, or anyone who wants to maintain a traditional, biologically based, scientific-based understanding of sex,” Severino forecasted.

“The logic that the court embraced” sets in motion a legal momentum for lower courts to render future decisions in favor of plaintiffs suing religious and traditional organizations for their personnel decisions, Severino anticipated.

Mansour asked if religious organizations would surrender to left-wing activist groups filing lawsuits based on the Supreme Court’s decision given their insufficient resources to legally defend themselves.

Severino replied, “That’s part of the strategy of the activists because they know that many of these organizations can’t afford to pay for defense. They can’t afford to risk a negative judgment where they could face crippling fines. If you’re talking about individuals, you’ve seen what’s happened with cases like the Masterpiece Cake Shop case, where someone’s entire business and livelihood could be destroyed and where they can face even personal threats and real concern over their own safety if they are willing to carry on litigation.”

I wonder how many Catholic organizations will even fight this? How many will curtsy and acquiesce and say, “Well, its the law of the land. There’s nothing we can do.” In fact, how many “Catholic” organizations are delighted. How many wanted the court to rule this way so they could act exactly the way they wanted to anyway?

So, in short, hey kindergarteners at Our Lady of Perpetual Secularism, meet your new teacher.