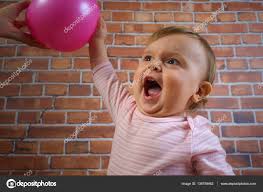 We were getting ready for my 10-year-old’s basketball game. She could not find her jersey or her right shoe. I’ll never understand how my children lose just one shoe, but it happens all the time. Do they come home, take one shoe off, and then hobble around for an hour or two thinking the floor is oddly uneven?

We settled on wearing a yellow shirt that sort of resembled the same color that all the girls with responsible parents were wearing and her old sneakers that were too tight.

So we were already late when my 16-year-old ran up and asked if she could come.

I wondered to myself why anyone would want to submit themselves to basketball played by 10-year-olds, but I didn’t question it. I had to be there (I was the coach), but she had a choice. I received my answer as soon as we stepped onto the driveway.

You see, she got her driver’s permit a few months ago. A funny thing happens when a child gets a permit. They actually want to drive! A REAL CAR! Someone who 10 years ago needed you to hold their handlebars now wants to drive a car. With you in it!

It’s the only time that 20 mph seems waaaaay too fast. Hands at 10 and 2. My blood pressure at 10,002. She has all the driving skills of Thelma and Louise.

When you teach your child to walk, you can guide them away from the sharp edges and put yourself between them and danger. But when they’re driving, you can’t protect them. You can only brace yourself.

So I said no. I know, parent of the year, right?

I told her that we were already late, but maybe I’d let her drive home. The little one was in a huff because she had to crawl into the back seat. When she landed back there with a thud, she suddenly cried, “Hey! I found my jersey back here!”

Ah yes, I remember now — she had changed for Mass after last week’s game. Hooray! I no longer looked like the worst parent in the world! She was still wearing her old sneakers with her toe poking out, but what can you do? (Don’t worry, the socks were the same color as the sneaker, so you couldn’t really tell. Well, kinda’.)

We arrived at the game and my team was waiting for me. These girls are wonderful kids. If basketball was about making the ball touch every part of the rim without actually going in, we would be the world champions.

My girls love to shoot. All except one girl named Shira. We only had two games left in the season, and she had yet to shoot the ball. Whenever she got it, she stared intently at the rim and scrunched down like she was ready to heave it to the ceiling and then … nothing. She’d freeze until someone from the other team grabbed the ball from her hands. Then she’d look at me, and I’d say brilliant things like “good try” or “don’t be afraid.”

I read in a book about coaching that anytime the child makes a mistake, you should smile. So I smile like an insane beauty pageant contestant. From the time the game starts, I’m straining to show just about every tooth I have in my head. People probably think there’s something wrong with me.

At the end of every game, I would say to Shira, “Next game you’re going to shoot the ball, right?” And she’d nod and stare at me with big brown, solemn eyes.

Today, we’re in the middle of a scoring frenzy. My team is up 4-2 in the middle of the third quarter. The orange team has the ball and runs down the court. A girl shoots it and misses everything. But her teammate catches it right next to the net. She shoots it up. It bangs off the backboard. It clangs off the rim. It skims the backboard again. It teeters and totters and finally falls through. Tie game. Parents cheering.

Fourth quarter. Shira is in. Three minutes left in the game. The orange team is now leaving Shira completely alone because most of the time she doesn’t really do much of anything. My daughter has the ball and is getting double-teamed. She’s dribbling and running around.

Shira, through sheer boredom, ambles carelessly down toward the rim. She’s literally standing next to the net all by herself. My daughter throws it over everyone’s heads and right into Shira’s hands. The defense doesn’t move. They all just stare. The gym is silent. I’m watching and say a little prayer that this little girl will finally shoot the ball. She stares at the rim. She scrunches up her little body … and … she shoots! Holy cow, Shira shot the ball! Yay!

Unfortunately, Shira shot it right up into the underside of the rim and it bounced right back, smashing her in the nose. Everyone in the gym yells, “Ooh!” And then Shira looks directly at me. I feel like she’s looking at me accusingly, as if I’d planned this all along. Her face turned instantly red. You could almost read the world “Spalding” across her face.

And I’m feeling like the worst person in the world. I start walking out on the court to see if she’s OK, when she surprises everyone by raising her hand in triumph and begins skipping up the court, smiling. Skipping. All the parents applaud wildly.

We ended up winning the game 5-4 because the refs got bored in double overtime and called a foul for the only girl who could reach the rim from the free-throw line. But here’s the kicker. Shira had two more shots that game. Both missed by incredibly wide margins. But she shot the ball.

In the huddle after the game, I announced she was the MVP of the game because she got hurt and kept playing and shot for the first time. Now, to be clear, I hadn’t heard three words out of this girl’s mouth the entire season, but she then unleashed a flood of words, saying, “I didn’t know I was going to get hurt when I shot, but I shot it anyway, and I’m happy, and then it went in!”

Um, what? Shira was hit in the face and somehow thought the ball went in. All the other players kind of looked at each other, and nobody said a word for a few moments. And then they all patted her on the back and congratulated her. See, I told you they were wonderful girls.

At the end of the game, my 16-year-old asked to drive home. Oh. I searched for a reason to say no, but then I thought, Hey if Shira can shoot the ball, then I’m brave enough to let you drive. Hopefully, the drive works out a little better than the shot.

My daughter pulled out way too fast in reverse. She stopped 10 feet behind a stop sign. And we waited 20 minutes to pull out into traffic. But I smiled through it. Because that’s what you do when things go wrong.

But on the way home, my youngest found her right shoe under the seat. So things are looking up.

Matt Archbold is the author of American Antigone, a pro-life novel. Available at Amazon in paperback and Kindle now.