All Your Children Are Belong To Us 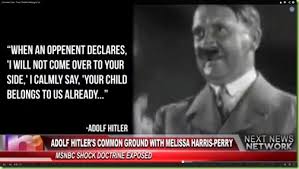 All your children are belong to us!!!!

French President Macron announced his intention to ban homeschooling for all children. Guys, this is not new. This is as old as…well…

They tell us this all the time. They’re not shy about it.

What did you think when Hillary said “it takes a village.” Oh, you thought that was voluntary? How cute. Now give us your kid.

You can say that this news is from France and has nothing to do with America. You can say that right up until the moment they knock on your door. They know that homeschooling is their enemy. First they’ll take out the charter schools and then they’ll come for the homeschoolers.

They’ll push some outlier stories that just break your heart about kids being abused at home and it’ll be on 24/7 rotation. Then the media will allege without any facts that racist parents are homeschooling their kids. So then people will equate homeschooling with racism and wouldn’t dare stand up for those evil racist homeschoolers who beat their children.

French president Emmanuel Macron announced on Friday morning that he intends to outlaw homeschooling for all children except those who have a health condition that would justify staying away from school. He also intends to step up control on private independent schools that receive no public funds, in particular through inspections on the curricula taught there, by more severely implementing a recent law that requires such schools to teach a “common core” defined by a high authority for education.

The new law would come into force in the school year 2021–2022 for all children aged between 3 and 16. It was already under Macron’s presidency that education became compulsory for tots of infant school age. With a comfortable majority at the National Assembly, the ruling La République en Marche party, which Macron led to victory in 2017, is expected to validate the draft law the government will present in accordance with the president’s wishes.