Gov. Cuomo Threatens to Shut Down Churches and Synagogues 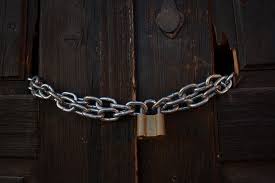 New York Governor Andrew Cuomo has threatened to shut down churches and synagogues. He says ‘Religious Institutions Have Been A Problem.’

Firstly, I don’t really care about what Cuomo said. We know what he thinks. We know what the left wants to do. That’s not the surprise. The only thing surprising about any of it is the lack of protest coming from the Church.

Christians have accommodated every push from the left. But turning the cheek doesn’t mean to acquiesce. I think we’ve forgotten that.
Catholic bishops and cardinals have smilingly stood with pro-abortion politicians, sat silently as marriage was redefined, and said nothing about the churches being closed because of #science. Even now, the basic ideas of gender are under attack. God created them male and female but the left knows better.
Turn the other cheek doesn’t mean to act like cowards. Christianity a revolutionary call. A radical call to light the world with love. Do our Church leaders act like they’re trying to  evangelize the world. Are they sounding a countercultural clarion call?
We are in desperate need of heroes. They seem to be in short supply.  Pray.