Christopher Columbus and Being a Dad 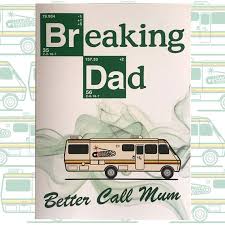 Christopher Columbus dreamed that he could navigate the globe in a short period of time. Unfortunately, things don’t always go as planned, and despite good intentions his name since then has been subject to scorn and vilification. So he’s pretty much exactly like any dad who has packed his kids into a van for a road trip.

I recently took my three youngest children on a mini vacation of sorts to Chicago. Actually, my 16-year-old had a basketball tournament there. My two oldest have summer jobs and had to stay home because, if left alone, our new dog, Rufus R. Dawgs, would like nothing more than to eat the couches. I’m new to this dog thing, but everyone I speak to tells me that they have the same problem — the dog wants to chew the pillows or the couch. Look, I’m not the brightest guy in the world, but why hasn’t someone invented couch-flavored treats? Maybe even make them look like little sofas. Just sayin’. That’s some innovative thinking right there.

So my three youngest and I piled into the van, and the first thing I did was announce that drinks were forbidden. I’m pretty sure Columbus told the same thing to the crew of the Niña, the Pinta, and the Santa Maria. This zero hydration policy has been settled on after years of strange and disquieting experiences with highway rest stops. Speed is king on 11-hour road trips. What’s the worst that can happen? The kids pass out from dehydration? Then they’re quiet, and I get con-trol of the radio dials. Win-win.

But in the end, road trips aren’t about where we go. It’s about reconnecting. It’s about conversations about the pros and cons of giving money to people on the streets of Chicago. It’s finding out that the little one likes cucumbers more than pretty much everything except ice cream. It’s about complaining about one another’s snoring, sleeping diagonally, and hogging covers. It’s about creating inside jokes. It’s about criticizing each other’s favorite band (#beachboys4ever). It’s about praying the Rosary while driving. Roadsaries? (Probably not, right?)

I love the fun and the ridiculous conversations. While on the road, my son suggested that someone should invent car potties. You see, innovative thinking runs in the family. The girls didn’t like this idea much and did, in fact, raise a few valid criticisms. Accidents could get a little … messy. And where does the waste go? Behind you? Biker gangs might object. And one must always be wary of objecting biker gangs. So we’ll leave that one in the thought experiment phase.

Anyway, the trip was … loooong. My perception of Ohio is that it has an amazing abundance of orange barrels and cones but an alarming absence of actual construction workers — which is understandable, considering they’re all too busy manufacturing orange barrels to do any actual road work.

When I’m driving somewhere, especially on long trips, cutting minutes off my trip becomes the primary focus of my being. However, that being said, Waze should have a setting that precludes it from directing my children and I into neighborhoods where the certainty of death or maiming is somewhere below certainty. Some neighborhoods in Chicago nearly made me need an emergency car potty.

It took us about 12 hours to drive from Philadelphia to Chicago. After we checked in to our hotel, I called home, and my two oldest girls complained about the dog. “He’s not listening to us. He’s whining about everything. He keeps getting up on the couch. He doesn’t even want to go outside.”

Looking over at my three youngest splayed out on the hotel beds, I told them I could definitely relate.

I suggested to my kids we walk about town, peruse some stores … or a museum. OK, I didn’t really suggest a museum, but I did mention a burrito place that looked pretty old. But they lay dormant. To be fair, that could’ve been a symptom of dehydration, but I think it was their way of saying, “No, Dad, we’re exhausted from reclining in our seats for 12 hours while you navigated the 600-mile orange-cone obstacle course at inappropriate speeds.”

During our trip we spent a great deal of time watching my daughter play basketball, which she enjoys tremendously. I recommend that all parents should sit on the sidelines to watch their small children play in sporting events where they can succeed, fail, grow frustrated, and thrilled, all while we are powerless to do anything about it.

It’s good practice for having teenagers.
When we finally went to the burrito place, we sat next to a middle-aged man with spiked hair who actually told another guy, “I dad so awesome.” His kids were sitting at the table next to him gouging at each other’s eyes with sporks. I’m serious. It was like a prison movie with fewer tats.
Never mind that I think there should be a law against making verbs out of words like dad, but I wondered where that kind of confidence comes from. My goal in parenting is to stink slightly less at it than I did with the previous kid. That’s one advantage to having so many children. You can work through your “experimentation phase” children. (They love it when I call them that.)
One of my favorite things is now that my oldest is a teenager, she will offer un-asked-for parenting advice. And she sometimes asks incriminating questions such as “Hey, Dad, why don’t I know how to play an instrument?” or more pointedly, “Why didn’t you teach me multiple languages?” I just tell her that to me she didn’t seem bright enough for those things, but if she believes otherwise, “Feel free to give it a shot, my little bilingual Mozart.”
And anyway, it’s OK because I tell people on Facebook that my children are creating their third opera in Latin next summer for an unspecified philharmonic. Isn’t that what social media is for? Making our families seem better than they are?
Things don’t go as planned. They never have. Did you know the Santa Maria sunk? Bet Columbus didn’t Facebook that.
In reality, my kids are sometimes abrasive with each other, fight over the radio, laugh too loudly, and mock a little too pointedly. I pray they do better all the time. We all pray. We attend Mass. We all believe God loves us and wants us to be better than we are.
I probably don’t dad awesome. I just try to dad better today than I did yesterday. I dad messy. I dad crazy. I dad the best I can.
Matt Archbold is the author of American Antigone.