This is About Abortion. Not The Constitution 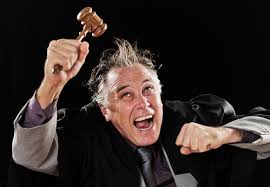 Can we just cut through all the BS? The Democrats want abortion to be legal and funded. Conservatives don’t. That’s what all the consternation and crazy accusations are about. That’s what it’s always about. Abortion.

The Democrats aren’t talking about it. Instead, they’re talking about whether Amy Coney Barrett will rule against Obamacare, even though there are exactly zero chances for the high court to overrule Obamacare any time in the near future. Here’s the funny part. The Democrats don’t even care about Obamacare. They’re ready to move on. They’re already pushing for socialized medicine. They call it “Expanded Medicare” or “The Public Option” but it’s socialized medicine.

They’ve decided that they can’t attack Amy Coney Barrett so they’re going to attack the process. They keep calling her nomination a “sham,” “illegitimate” or “unconstitutional.” Funny, they never seemed to care about the Constitution before. But they’re attacking the entire process as illegal somehow or immoral. This way, if Biden wins the election they can pack the court in order to “right” the court or “depoliticize” the court. Yeah, the Associated Press actually said that.

This has always been about abortion. The left doesn’t ever want abortion ever to be voted on because they know that the moment that happens they lose ground. Right now, the court has stated that you can’t infringe on abortion access because it is a “right.” A made up right that is nowhere in the Constitution but when the court calls it a right, the rest of the country is forced to play along. You can’t restrict access to a right…except “life” or “the right to bear arms” but those are icky rights.

The thing that Roe and other abortion rulings do is prevent the public from ever getting to vote on abortion. Polls indicate that the majority of the people would restrict abortion access but a majority doesn’t get to vote rights away from a minority. So, the court’s ruling stands. The people don’t get a vote.

So, as all this talk about the Affordable Care Act drones on and on, just remember they couldn’t care less about it. They want it gone too. This is about demonizing, not ACB herself, but the process so they can pack the court with wacko pro-abortion judges.