What Gives Me Hope That Trump May Win 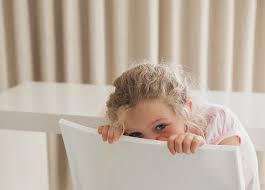 If you’re looking at the majority of the polls, you’d think that there was virtually no chance that Donald Trump is reelected.

But are the polls right?

Pew Research Director of Survey Research Courtney Kennedy talked in 2017 about the polls being wrong in 2016. When asked about the “Shy Trump Voter” she said:

Take the hypothesis that there’s a segment of the Trump support base that does not participate in polls. If that’s true, that’s a huge problem for organizations like ours, and we need to study that and understand it if we’re ever going to fix it. But we looked for evidence of that, and we didn’t find it. If it’s true that we’re missing a segment of the Trump support base, we would expect to find – without doing any fancy weighting, just looking at the raw data – that people in more rural, deep-red parts of the country would be underrepresented. And we didn’t find that; if anything, they were slightly overrepresented.

That gives me hope. Because if they don’t believe that many Trump voters are hesitant to speak to pollsters about their support of Trump, they’re just wrong. I wouldn’t. Many people I know wouldn’t.

This is a cute pic. But in reality, the reason for the shy Trump voter is that announcing oneself as a Trump supporter can get one beaten, fired, or your business destroyed. You can get your house vandalized. These are very real reasons to remain silent.

A man was shot in the face last month for being a Trump supporter and the media hardly noticed. So there’s pretty solid reasons to remain shy. But we will come out today. No doubt. We will come out in numbers. It’s ironic that the pollsters don’t believe we exist because we live our lives as if the polls don’t exist.