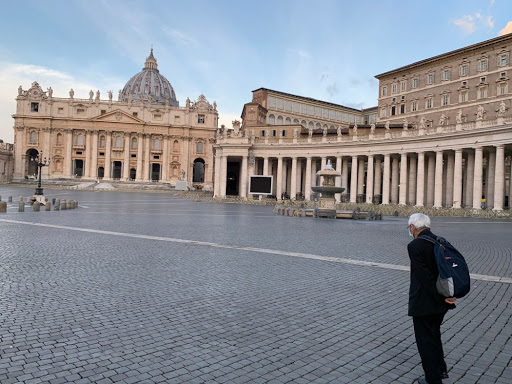 So, the pope stands for the popular form of social justice but not if it angers China. Got it. I thought it was his job to speak truth to the world, no matter what.

Five players and representatives from the (NBA) league had an unprecedented private audience with Pope Francis on Monday morning after the Catholic leader’s assistant initiated one to discuss the group’s racial injustice initiatives, according to ESPN.com.

The NBA became the focal point of athletes’ responding to racial injustice after police shot Jacob Blake, a Black man, in Kenosha, Wisconsin seven times. After video of the incident was released, the Bucks spearheaded a boycott of playoff games inside the NBA bubble. The postseason was put on hold for several days as players decided whether to cancel the season altogether or return to finish it out.

In contrast,  Cardinal Joseph Zen of Hong Kong was rebuffed in his efforts to meet with Pope Francis  to discuss the plight of Catholics in Hong Kong and China.

Zen, 88, said he had journeyed to Rome in the hopes of persuading Pope Francis to appoint a new bishop for Hong Kong, who “can be trusted by the people” and not be mired in political considerations related to a desire to appease Beijing.