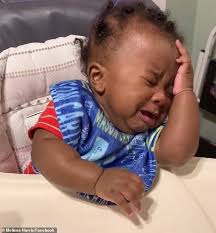 Devastated? Devastated? Really? Is that an appropriate reaction to being wished “Merry Christmas.”

Attorney General Dana Nessel of Michigan tweeted her concern over President Trump’s use of “Merry Christmas” this weekend, according to CBN News.

While campaigning in Georgia in an attempt to secure Republican Senator’s seats, the President told the crowd: “Let me begin by wishing you all a very Merry Christmas. Remember the word? Remember we started five years ago and I said, ‘You’re going to be saying Christmas again,’ and we say it proudly again. Although they’ll be trying to take that word again out of the vocabulary. We’re not going to let them do that.”

Nessel later told her Twitter followers in response to Trump’s speech, “I remember the first time I was at a store with my son and an employee said ‘Merry Christmas’ to us. My son looked devastated and asked, ‘Are we the only people who don’t celebrate Christmas?’ I answered ‘No, and we are just as American as everyone else.’ Glad @JoeBiden knows that.”

I’m mostly just concerned that this woman assumed her son’s gender. I mean, is he 18 yet? Shouldn’t she be waiting before assuming?

(Totally stole that joke from a commenter at Christian Headlines. Good joke.)