The “A-women” Chorus Should be Mocked and Ridiculed 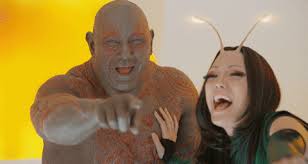 The 117th Congress kicked off with a fresh controversy Sunday when the Democrat delivering the opening prayer concluded by saying “amen,” and then added “a-woman.”

Rep.  Emanuel Cleaver, Missouri Democrat, ended his prayer “in the name of the monotheistic god,” then added what sounded like “Brahma,” before finishing with “and god known by many names by many different faiths. Amen and a-woman.

Critics, led by Republican lawmakers, were quick to point out that “amen” means “so be it,” and does not refer to the male gender, while “a-woman” doesn’t mean anything.

Say, what about the other 72 genders? Why don’t they get a shout out?

These people are insane. I wish we could just laugh at them and end it there. Don’t get me wrong. We should laugh at them because they hate that more than anything because these are super serious people who see themselves as elites. Laughing at them may be their only hope.

To them, there is no truth. There is only power. Everything is a power dynamic. Gender is no longer science. It’s based on whims. But more importantly it’s a wonderful tool to punish those who still refer to Bruce “Caitlyn” Jenner as a dude in a dresss. There is no gender. There is no truth. Words themselves have no meaning. Words are weapons and should be refashioned to suit their needs.

So yes, they hate you. But they also hate truth. They hate science. And please recall, this is the party that booed God. So you’re in good company.

I remember, years ago, my sister graduated from the University of Michigan and her commencement speaker was some wacko lady who loudly questioned why it’s “history” rather than “herstory.” My sister said she sat there imagining my dad laughing in the audience, which he was.

I will always remember some of the other dads in the audience looked at my dad and somehow received permission to laugh at this lunacy. Up until my Dad laughed there was silence but when my dad laughed, it set off a titter among the audience. And yes, many shocked and horrified faces looked at my dad angrily but some joined him in laughter, which was the appropriate response to such a ridiculously shallow and silly conceit for a commencement address.

So we should laugh but we should be prepared for more when it comes time. Maybe we should go on laughing at them as they march us to our re-education camps. And maybe we should laugh at them even as we deal with them seriously which we will eventually have to do, unless something changes.