Sean Penn: The Vatican Should Impeach Evangelicals. Wait. What? 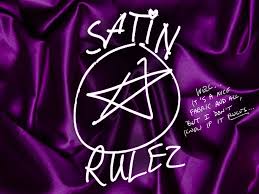 This is the most confused I’ve been since the last time Sean Penn said anything about…well, anything.

So, in light of the fact that many evangelicals supported Trump, even through double impeachment attempts, actor Sean Penn was obviously displeased with Christians in general. But his comments lead me to believe that if his understanding of the religious world is similar to his understanding of politics, he should be completely ignored.

“Evangelical leaders should themselves be impeached by the Vatican if they themselves don’t follow Nikki Haley’s lead & clearly state they should not have followed Satin into the bowels of hell,” Penn tweetedFriday. “But, perhaps they are too busy at sex parties.”

What the what? Evangelical leaders should be impeached by the Vatican? Impeached? By the Vatican? Uh, Sean, there was this little thing called The Reformation a few centuries ago. I’m not a big fan of how it turned out but it’s in all the history books. Check one out. But the evangelicals and the Vatican don’t really talk all that much to one another.

And then, I’m sorry I have to bring this up. Satin? Really.

As for the Vatican sex parties, well, sadly, that’s probably true so you’ve got me there but to be fair you lost me on Satin.

Here’s the thing. Sometimes when conservatives tell actors or athletes not to opine on larger issues in public it might just be that they’re trying to protect you from looking like a fool. It’s too late for Sean Penn but maybe others will heed that good advice.