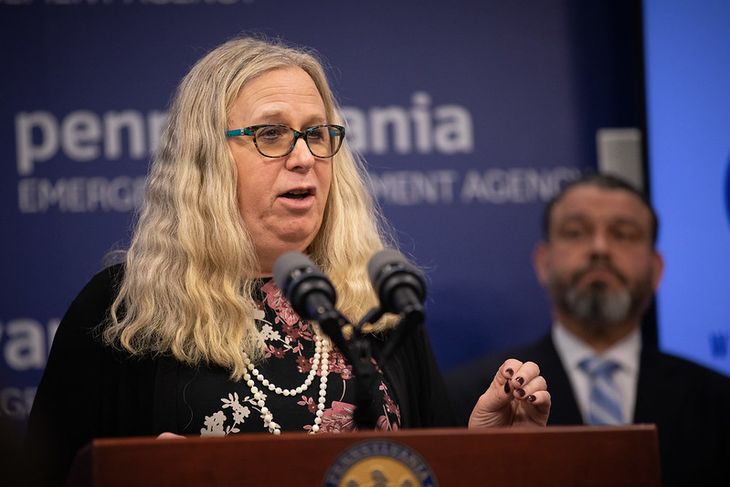 So, President Biden’s nominee for assistant health secretary has put his pom poms on for chemically castrating children. Because SCIENCE!!!

Pennsylvania Health Secretary Rachel Levine was born with the name Richard (which is at least a little ironic, isn’t it?) Now he looks like Uncle Fester married cousin IT and they had a baby.

He has long defended experimental transgender “treatments” for children.

“Levine has given lectures on how to perform sex changes on children since at least 2012, The National Pulse reported. In 2014, Levine argued that adults should give children latitude to choose their genders. He coached adults, “try not to force them one way or [the] other.” In 2017, Levine recommended cross-sex hormones for children in their mid-teens. According to a video of his speech obtained by The National Pulse, Levine warned about the dangers of going through “the wrong puberty” and encouraged hormones to prevent the natural process of adolescent development.

He lamented that “basically, there was no treatment for individuals that were under 18” under earlier guidelines. By 2017, however, new pro-transgender guidelines approved the use of experimental drugs that supposedly “block” the onset of puberty and cross-sex hormones.

Levine noted that children’s hospitals still do not encourage these kinds of “treatments” for pre-pubertal children but that changes at the onset of puberty.

“So you block puberty, and then you can, at the appropriate time, send them into puberty consistent with their gender identity,” Levine argued.

Research shows that there are significant risks with sex reassignment surgery, including heart conditions, increased cancer risk, and loss of bone density.

But hey, never mind the damage it may cause countless young people. This allows us to show how virtuous and woke we are. If children are harmed at least they’ll know that it was in the name of #progress.

And if you raise the point that children are being harmed then you will be labeled a right wing extremist and Merrick Garland, AG, will be all up in your business, which if you can believe, may actually be worse than having Dr. Levine up in your grill.