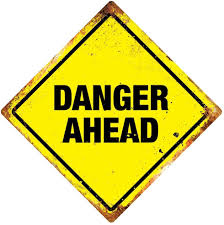 According to a new Gallup poll, a record number of U.S. adults – 5.6% – identify as LGBTQ.

That’s more than a 1 percentage point jump from the last poll in 2017 in which 4.5% of adults identified as LGBTQ.

The mainstream media will say that this is a cause for celebration because the gay people were scared to come out in years past. And now they have been freed from the shackles of Christianity, conservatives, and anti-gay violence.

Others will say that this shows that the celebration of the LGBTQ lifestyle enticed more people to either experiment sexually or simply some declare themselves LGBT because they want in on victimhood status, which seems to be the coin of the realm nowadays.

It’s interesting to me that in a time when victimhood is so popular, Jesus Christ, the ultimate victim, is so deeply unpopular. Perhaps He takes up too much of the spotlight for their taste.

But specifically, the numbers among young people are shocking.

One of the biggest headlines in the 2020 poll is the emergence of Generation Z adults, those 18 to 23: 1 in 6, or 15.9%, identify as LGBTQ. In each older generation, LGBTQ identification is lower, including 2% or less of respondents born before 1965.

That’s a shocking number. Now, clearly some of that will diminish as they mature. But, if one looks at this at the macro level, that ain’t gonna’ help the already diminishing birthrate in the US.

Put aside traditional Christian teaching or the Catholic catechism for a moment. Just on an economic level this spells disaster.

You can’t have socialism with a shrinking birth rate. Eventually, it doesn’t work because socialism depends on the young laborers paying for the unproductive. On top of that you have a growing number of old people. So while you have less labor, you have growing need.

You’re gonna’ have to pick one. The whole house of cards falls once the burden for all the social programs becomes too much for a generation to bear.

So as the media celebrates the number of LGBT youth and celebrates the rise of leftism, please understand that the seeds of its destruction are baked in.

Eventually, if the young will not get busy reproducing then the old better get busy dying. If they don’t do it themselves then someone will step in and do it for them.

I truly believe that the country must have a mass conversion or face a cataclysm of violence.

Pssst. My money’s on the cataclysm. Dangerous times ahead, friends.