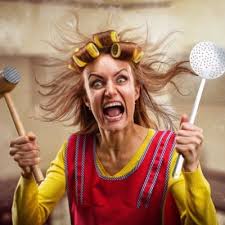 A columnist for the WaPo, Kate Cohen, is upset that there aren’t enough fictional babies being aborted. Seriously. On top of the millions of actual babies being killed in the womb, Mz. Cohen wants more pretend abortions as well.

After the sixth episode of “Atypical,” I stormed into my daughter’s room.
“Please tell me the therapist is not going to have that baby.”
She paused to remember which show she had told me to watch, and then she shrugged sympathetically. “Sorry, Mom.”
Dammit! I was hoping that the young, professional woman, upon learning she was pregnant right after her jerky boyfriend left her, might decide to have an abortion. Instead, it turns out, she doesn’t even consider it.
I’m so tired of this.
Over and over again in TV shows and movies, female characters discover they are unintentionally pregnant and then make the choice that most women in that situation don’t make. Or worse: They don’t seem to remember that they even have a choice.

The insanity there boggles my mind. The child seems more like a parent trying to settle down a confused teenager who thinks something on television is actually important.

So Kate Cohen is a proud proponent of “choice” unless people make the wrong choice, in which case Kate Cohen’s daughter better get a lock on her door.

And can we just focus for a moment on the ghoulishness of a mother yelling at her daughter that there aren’t enough abortions on television?

Something tells me you won’t be happy with that either. Be careful what you wish for.