You Ready to be Censored, Disappeared? 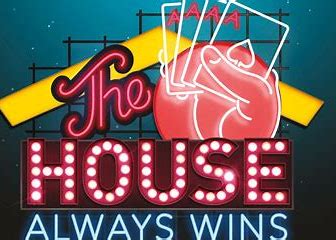 The Democrats are essentially telling Big Media and Big Tech to censor their political opponents. They’re telling them “we’ve got your back.”

They asked the executives what they could do to halt “the spread of dangerous misinformation.”

“To our knowledge, the cable, satellite and over-the-top companies that disseminate these media outlets to American viewers have done nothing in response to the misinformation aired by these outlets,” wrote in the letter.

Make no mistake. This should not be dismissed as the ramblings of two radical California congressmen. This is the wedge in the door. If you listen to them they’re reframing all opinions that go against their own as “dangerous misinformation.”

If they’re willing to go against the number one cable news network Fox News, they’re going to go after you too. They will censor everything you say online to avoid you spreading “dangerous misinformation.” They will demonetize you. They will censor you. And that’s how it starts.

What most people will do is they will simply stop sharing their right leaning opinions online. We all will know what gets people censored. So many will stay away from it. We’ll be left with cat videos and family portraits. We’ll be left with nice stories about nuns who play basketball.

Look what the left has done to David Daleiden, the man who exposed Planned Parenthood for selling body parts. They’ve dragged him through the courts. They’ve fined him millions of dollars. This is head on a pike politics. They want to show people what happens to those who expose the left for who they are. He’s being made a lesson of. Are you paying attention?

And for those who resist these little teachable moments, you too will either be made an e example of or simply disappeared. Your blog or your Facebook page will be eradicated for saying there are only two genders. You will be disappeared for saying life begins at conception.

Who’s going to stand up for you?

We need to create a parallel world online, one that does not depend on the Big Tech and Big Media. Thinking we will win in the future while still using their levers and their machines will only hurt us. Nobody gets rich in Vegas. You can play on their machines but in the end the house wins. The little victories you experience just entice you to play more and lose all.