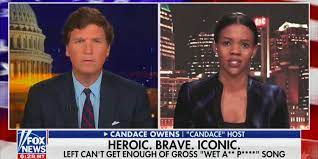 The Grammys were the Grammys. The music industry is no longer about music. It’s about monetizing “cool.”

In the movie Almost Famous, the character Lester Bangs said the music business isn’t about music as it has morphed into “an industry of… cool.”

Who cares about cool? No adult that I know. But children care about cool. They’re still looking at the world with their head tilted, seeing where they fit in. They’re besieged with videos, pics, gifs, and songs all day every day. They’re looking at all this, internalizing all of it. As they see it, that is the world. And they have to find their place in it.

Millions of them are watching these “artists” grinding each other on stage with every jot and tittle hanging out.

They see young beautiful females scissoring each other acting in ways that would embarrass strippers and the crowd acting as if they’re doing something brave and heroic.

Children are watching. They’re learning. Sex is a commodity. Declaring yourself LGBTQ is heroic.

So what do you get? You have young people exposing themselves in selfies and putting them online. You have 16% of 18-23 year olds declaring themselves gay, bi, or trans. You see dwindling marriage rates.

And what are many parents doing? Shrugging. Throwing their hands in the air and saying “that’s just how it is nowadays.” We send them to colleges where this sickness is couched in faux academic language.

“It’s iconic, it’s forward, it’s progressive, it’s the way the world is going, Tucker, and if you don’t see that it’s because you’re a bigot,” Owens mockingly told Fox News host Tucker Carlson. “You don’t understand this is the way the world needs to go.”

“I 100% agree with you in the assessment that this feels more sinister,” she continued. “This is starting to me to seem like it’s not even left or right. It’s not a political issue. This seems like an attack on American values, American traditions and you are actually actively trying to make children aspire to things that are grotesque. This is not about diversity anymore, Tucker, it’s about perversity. We are celebrating perversity in America.”

Let’s be honest, if you want to be counter cultural nowadays, marry as a virgin, go to Mass on Sunday, and raise a family. So yeah, I’m counter cultural. See, I knew I was cool.