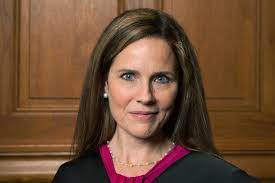 Justice John Roberts did it again. Honestly, I’m going to stop even reporting that Roberts sided with the leftists because he is a leftist. But at this point it’s no surprise that Roberts will be stand against religious liberty every chance he gets. But the good news is that the good guys won.

The Supreme Court blocked California’s Covid-19 restrictions on religious gatherings in private homes in a late-night order on Friday, saying that the law infringes on constitutionally-protected religious rights in a 5-4 vote.

The decision, in which Chief Justice John Roberts voted with the three dissenting liberal justices, marks the fifth time that the Supreme Court has sided with religious adherents protesting California’s laws designed to slow the spread of coronavirus. And it underscores how Justice Amy Coney Barrett’s replacement of the late Justice Ruth Bader Ginsburg in November has tilted the high court toward overruling state Covid-19 restrictions on religious services.

But in her dissent, Justice Elena Kagan joined by Justices Sonia Sotomayor and Stephen Breyer, wrote, that the majority opinion was making the wrong comparison by comparing unlike activities: “The First Amendment requires that a state treat religious conduct as well as the state treats comparable secular conduct. Sometimes finding the right secular analogue may raise hard questions. But not today.”

To be clear, this is exactly the type of decision that’s going to enrage the left but this isn’t really the focal point of their ire. Let’s see how the abortion cases go. If the pro-life side is victorious the pressure on the Biden Administration to pack the court will be cacophonous. That’ll be the fight to end all fights.

I wonder how the Republicans will throw the fight.