Trans Rights Groups Shuns Jenner. Tells You All You Need to Know 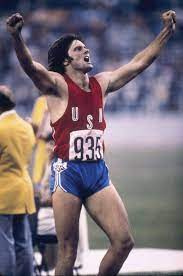 Caitlyn Jenner is the most famous transgender person in America. So if you thought that his announcement to become a candidate for California governor would be greeted by huzzahs and fireworks by the leading LGBT group in California, you would be seriously mistaken.

“Make no mistake: we can’t wait to elect a #trans governor of California,” tweeted the group, Equality California. “But @Caitlyn_Jenner spent years telling the #LGBTQ+ community to trust Donald Trump. We saw how that turned out. Now she wants us to trust her? Hard pass.”

Maybe they don’t know what “we can’t wait” means.

So this group could have a self declared trans person in the governorship but they’re against it. Why? Because Jenner is a Republican. And even worse, he isn’t even one of those David French Never Trump Republicans. No. He was on board with Trump. Sure, he disagreed with Trump once in a while but that’s not enough. You must be a full throated member of the Orange Man Bad caucus.

If you ask me, this group has outed itself as a Democrat front group. Everything else takes a back seat. That is what they are. They have nothing to do with equality. That word is only used as a weapon, not as a guide.

I’m glad this happened. The more these people show themselves for what they are the better it will be for all.