A Climate of Fear or Faith? Woke Vigilantism vs. Prayerful Enlightenment 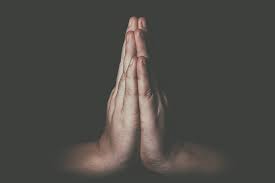 It seems to me that there is a great reason for hope right now in this increasingly dark time. We are all witness to a rising climate scaring just about everyone with common sense.

A Cato study reveals that two-thirds of Americans are afraid to share ideas in public due to the ever present woke scolds always hanging about with nothing better to do than to ruin someone’s life for the crime of wrongthink.

Free expression is like chum in the water online. This came as a shock to many but now most have accepted this invisible woke mob is out there and seeking only to feed and destroy others. Because it can.

I know many people who don’t post their true beliefs on their Facebook page or anywhere because they fear the mob.

As pointed out in this piece about cancel culture, a letter in Harper’s Magazine signed by dozens of academics condemned our current intolerance.

“Editors are fired for running controversial pieces; books are withdrawn for alleged inauthenticity; journalists are barred from writing on certain topics; professors are investigated for quoting works of literature in class; a researcher is fired for circulating a peer-reviewed academic study; and the heads of organizations are ousted for what are sometimes just clumsy mistakes,” the letter read. “We are already paying the price in greater risk aversion among writers, artists, and journalists who fear for their livelihoods if they depart from the consensus, or even lack sufficient zeal in agreement.”

How does this end? Who will fight this system when it’s just easier to go along? Think of the college professor who has a husband and two children? Is she going to fight it? Why would she? She understands the rules of the new system. She can prosper there even if she doesn’t agree with cancel culture. Or the CEO whose career is on the line? Is he going to risk everything to stand up for some ad his company ran that’s been deemed patriarchal or insensitive? Probably not. Chances are he will simply issue an apology, write a check to some foundation, and move on. Those are the rules of the game.

But at some point, some people are going to push back. Who will they be? It will be those who simply can’t go along because they fear something or someone else more than the mob. Who might that be? Christians. Christians who fear sinning against God more than they fear the woke scolds and professional grievance hucksters can change the world.

Then, the only question is do other Christians support them or cower? That is the question each of us will be forced to answer. It may mean giving up many things in your life you thought crucial such as your income, your career, or your standing in your community. All of that may be taken away. And we all must ask ourselves if being faithful to Christ is worth it.

The angel said to Mary, “do not be afraid.” We should heed those words. Our culture is spiraling into darkness. And I believe that when some other people see Christian heroes stand up they will be inspired. Their light will shine in the darkness. When others hear talk of love rather than threats, they will reconsider this Christ who inspires such courage. When they are offered faith or fear, they will make the right choice.

The world is crying out for saints right now. You can be silent or sing out in joy.

The first nun the Bolsheviks threw into the abandoned mineshaft was best known as the Grand Duchess Elizabeth Feodorovna, the sister of the Russian Empress Alexandra.

After the 1905 assassination of her Grand Duke husband, Elizabeth became an Orthodox nun, giving away her wealth to build hospitals and orphanages. She was executed in 1918, along with others linked to her doomed brother-in-law, Tsar Nicholas II.

When the nuns didn’t drown, a soldier used a grenade. He later testified, “we heard talking and a barely audible groan. I threw another grenade. And what do you think — from beneath the ground we heard singing! … They were singing the prayer: ‘Lord, save your people!’”

Finally, there was silence. The body of St. Elizabeth the New Martyr was buried in 1920 at the Church of St. Mary Magdalene on the Mount of Olives in Jerusalem.

Her death inspired many. We may be asked to follow a similar path. prepare yourselves now because life’s biggest moments sometimes come on a random Wednesday and don’t wait around until you’re ready.

Pray. Pray constantly that you and yours have the strength to proclaim God’s love in the face of destruction.