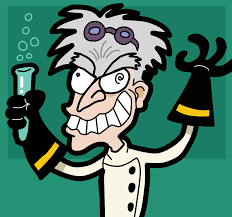 In the wake of one of the worst unnatural man made calamities to occur in the history of man, we are doubling down on reckless. The fact that the Coronavirus, which has killed millions across the globe, was an insane science experiment gone wrong, you’d think #science may have learned some humility. Or maybe you’d think that politicians would put the brakes on scientists doing whatever they want regardless of the moral consequences.

This is where we’re at. An amendment to prohibit scientists from creating human-animal chimeras just failed.

In a piece by Forbes, which is clearly pro-chimera, they wrote:

The U.S. Senate on Thursday voted along party lines to kill a Republican amendment to a technological development bill aimed at banning experiments to create “certain types of human-animal chimeras” – which scientists use to further medical research – over ethical concerns.

The amendment, proposed by Sen. Mike Braun (R-Ind.), failed with 48 Republicans voting for it, 49 Democrats voting against it and Sens. Thom Tillis (R-N.C.), Joe Manchin (D-W.Va.) and Marsha Blackburn (R-Tenn.) not voting.

The amendment defines “human-animal chimera,” as various combinations of human and non-human DNA, such as a human embryo “into which… nonhuman cells… have been introduced,” making the species of the embryo “uncertain.”

Uncertain. That’s a good word for an abomination.

So they say that it’s to help organ transplants but that’s why the politicians ok it. But it also opens the door to all sorts of experiments. There is no humility anymore. A party that thinks its perfectly fine to destroy human life in the womb will have no problem creating human-animal experiments. They’ll say it’s for the greater good or for “research.” In reality, some will do it because they can. Or China will do it and then the politicians will fear a chimera gap so they’ll fund similar research for fear of falling behind.

Just unleash the gates of Hell and get it over with, would ya’?