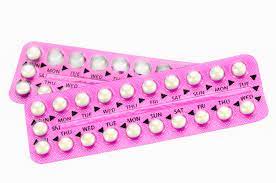 Recent questioning about side effects of the vaccine have had an unintended consequence. One of the Covid vaccines was pulled for causing blood clots. Some defended the vaccine by pointing out that the birth control pill caused many more blood clots but that wasn’t pulled off the shelf. Why?

They meant to defend the vaccine but they ended up by making many people question why they’re on birth control.

“In April, as the Food and Drug Administration paused use of Johnson & Johnson’s COVID-19 vaccine to evaluate the risk of blood clots in women younger than 50, many scientists noted that clots associated with birth control pills were much more common.

The comparison was intended to reassure women of the vaccine’s safety. Instead, it has stoked anger in some quarters — not about the pause, but about the fact that most contraceptives available to women are hundreds of times riskier, and yet safer alternatives are not in sight.

The clots linked to the vaccine were a dangerous type in the brain, while birth control pills increase the chances of a blood clot in the leg or lung — a point quickly noted by many experts. But the distinction made little difference to some women.

“Where was everyone’s concern for blood clots when we started putting 14-year-old girls on the pill,” one woman wrote on Twitter.

Another said, “If birth control was made for men, it’d taste like bacon and be free.”

Some women heard, on social media and elsewhere, that they should not complain because they had chosen to take birth control knowing the risks involved.

“That just made me double down,” said Mia Brett, an expert in legal history focused on race and sexuality. “This is such a common response to women’s health care — that we point out something and it’s dismissed.”

The torrent of fury online was familiar to experts in women’s health.

“They should be angry — women’s health just does not get equal attention,” said Dr. Eve Feinberg, a reproductive endocrinologist and infertility specialist at Northwestern University. “There’s a huge sex bias in all of medicine.”

Feinberg and many of the women online acknowledge that contraceptives have given women control over their fertility, and the benefits far exceed the harms.

Rebecca Fishbein, a 31-year-old culture writer, started tweeting about the inadequacy of birth control pills almost immediately after the announcement of the pause.”

This boggles the mind. These are the people who say they care about women. The vaccine is causing blood clots!!!! They talk it down. They say it’s irrelevant because birth control is so much worse. Then when women question that, the same people try to blame the pill being unsafe on misogyny. Notice they don’t try to make the pill safer.

This is not about women. This is about advancing an agenda.

Maybe treating a woman’s miraculous human making abilities as a disease was the first mistake.