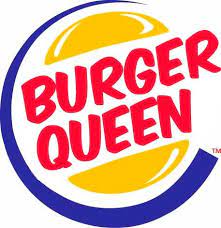 Burger King recently launched the Ch’King sandwich and tweeted that the company will donate 40 cents to The Human Rights Campaign for every chicken sandwich sold in June — up to $250,000, or 625,000 sandwiches. In that tweet they added the phrase that they would be donating to LGBTQ rights “even on Sundays.”

That is an attempt at a knock on Christians and their competitor Chick-Fil-A which reportedly donates to the National Christian Charitable Foundation, the nation’s sixth-largest charity that is also fighting to stop the Equality Act. It’s not really a good knock though. It’s sort of like the kind of weak punch you’d expect from an asthmatic pre-teen who’d been raised in a bubble of gelatinous ooze to prevent harm from coming to them.

This seems to be direct mocking of Christians as well as their competitor Chick-Fil-A, which closes on Sundays for religious purposes. It’s essentially a middle finger to Christians which we’re supposed to believe is brave because only the media, the government, and 99 percent of all the other corporations act in the same exact way.

Here’s the thing. I think most of us assume that the majority of large corporations are “woke” and donating money to all sorts of groups with anti-Christian agendas. But when you rub it in our face then we take notice.

But hey, isn’t the very name “Burger KING” a bit patriarchal? Misogynistic even? How about a name change to Burger Queen? I mean sheesh guys, it’s the 21st Century. Maybe Burger King should get cancelled.