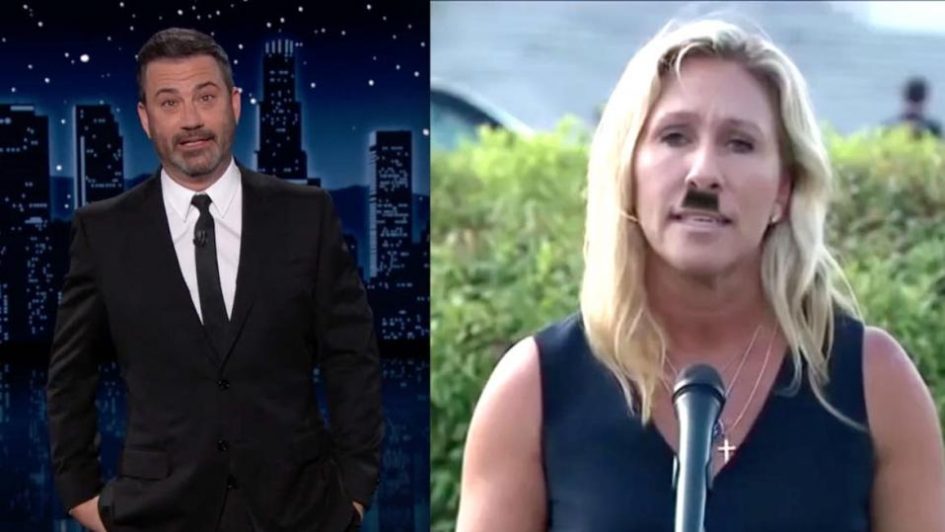 Marjorie Taylor Greene, after visiting the Holocaust Museum, apologized for comparing mandated mask wearing to Jews being forced to wear the Star of David in Nazi Germany.

This is how Jimmy Kimmel responds, by portraying her as Hitler. There is no growth in woke world. You are only your worst moment. There is no absolution. No forgiveness.

And oddly enough, Kimmel is essentially doing exactly what Greene had just apologized for. But he will not be ridiculed, knocked, or lambasted. Because they do what they do for a greater cause. Their transgressions are for the greater good of woeness and therefore they are not transgressions at all.

Please don’t think this stops with her. Bush was Hitler. Trump was literally Hitler. Greene is Hitler. If you stand up for gender or freedom you too will be totally Hitler. They don’t employ arguments. They hurl accusations. They name call. They smear.

It works because the media and Big Tech join in.