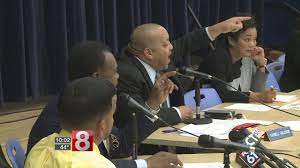 These people are insane. And they’re winning. A lot.

That’s the message from the school board of Randolph Township in Morris County, New Jersey, which unanimously voted Thursday to remove holiday names from their academic calendar following an uproar over renaming Columbus Day to Indigenous People’s Day, according to reports.

Now holidays like Thanksgiving and Memorial Day, as well as Jewish holy days like Rosh Hashanah and Yom Kippur, will simply be listed as “day off.”

“If we don’t have anything on the calendar, we don’t have to have anyone [with] hurt feelings or anything like that,” board member Dorene Roche told Fox 5.”

I think anytime you use the phrase “or anything like that” you probably haven’t thought it through all the way.

And you thought the main responsibility of school boards was educating children and informing them of the realities of the world. Well, now it turns out that the job of school boards is ignoring reality in order to “protect” your children. So even though it’s Christmas, the children must be protected from the actual fact that it’s Christmas.

We’ve long known that the left declared a war on Christmas. Here’s the new front. They don’t attack Christmas. They just pretend it doesn’t exist. The left has long had a problem with Thanksgiving as well. Now it’s just a random day off.

When our schools no longer believe facts are real things and when they believe children must be protected from facts, they have abandoned their reason for being. They have declared war on reason and education.

This is another front in the leftist war on Western civilization. It must be resisted.