Well, That’s One Way to Fix A Catholic School 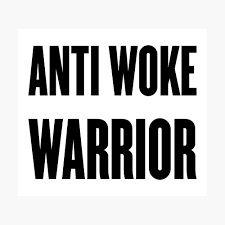 Heck, it might be the best way. Hit ’em in the pocketbook. Most Catholic schools don’t seem to care about actual Catholic teaching. Maybe they’ll care about money.

At a fundraising gala in 2017, Anthony and Barbara Scarpo announced they had pledged $1.35 million to “our cherished” Academy of the Holy Names, a Catholic school in Tampa attended by their two daughters.

The couple asked for their donation to be used toward the school’s master plan and for scholarships for disadvantaged students. They were named chairs of the academy’s fundraising campaign and the school renamed its auditorium the “Scarpo Family Theatre.”

Four years later, the family and the school are at odds, with the Scarpos alleging fraud and a lack of fidelity to Catholic teaching. With one daughter graduated and the other transferred to a different high school, the couple last week filed a 13-count, 45-page lawsuit asking that their pledge be rescinded.

The school, they charge, has “lost its way” by distancing itself from mainstream Catholicism and embracing a divisive “woke culture” where priority is given to “gender identity, human sexuality and pregnancy termination among other hot button issues.” The lawsuit makes clear the couple’s displeasure with the way the school has dealt with issues of race, saying students are made to feel guilty for being white and having enough money to attend the academy.”

I applaud them for this. I don’t actually care about them getting their money back but I hope they do. I really hope that they win because this will put a little fear in Catholic school administrators. If they have lost their fear of God maybe they will fear the donors.