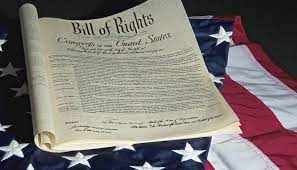 This is a big deal.

So I had previously heard that Navy fired their offensive coordinator because their offense was stagnant. Then I saw this story and thought this was the same guy. I thought he was fired for not doing his job well and then he threw it out there that he didn’t want to take the jab.

Assistant coach Billy Ray Stutzmann says he was fired for not complying with the program’s requirement that all staff members receive a COVID-19 vaccine.

Stutzmann wrote online that he is “unable to follow the requirements of the Naval Academy’s COVID-19 policy.” He said he applied for a religious exemption to the requirement that wasn’t granted.

“After applying for a religious exemption and attempting to further negotiate alternative working arrangements, I was ultimately relieved of my duties here at Navy,” Sutzmann wrote. “I continue to stand firm in my conviction of faith, but I understand and respect that each individual and institution as a choice on how they wish to manage these issues.”

Too bad that the Bill of Rights didn’t mention freedom of religion, huh?