Australia Now Says You Can Acquire ‘Freedom Pass” to Acquire Your God-Given Freedom. 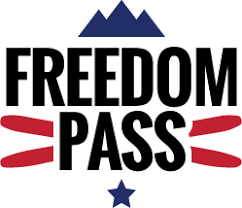 If your freedom is not God given but granted by government, it can and will be taken away.

As the philosopher John Stuart Mill said, “the only thing necessary for the triumph of evil is for good men to do nothing.” pic.twitter.com/RJZpgykZP4

This is how it happens. It looks like some low level middle intelligence power hungry corrupt politician who looks like a regional manager of a fast food chain giving a press conference to a team of unquestioning reporters.

Make no mistake. This is coming to America. They even said they are working with other countries. Hmmm. You think Joe Biden and Tony Fraudci might be interested in such a thing? You betcha.

Interestingly, it’s not called a “Vaccine Pass” but a “Freedom Pass.” So what other requirements could be added into obtaining a freedom pass?

In the words of Benjamin Franklin, “Those who would give up essential Liberty, to purchase a little temporary Safety, deserve neither Liberty nor Safety.”