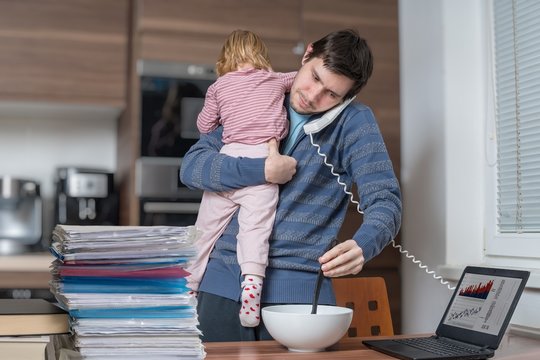 I remember when I told a friend of mine that I was getting married, he sighed. Yup. He actually sighed. Then he leaned in (so his wife wouldn’t hear him) and warned me that the transition from single man to married man was very very very difficult. That’s three “verys” for those keeping score at home.
He said that the transition from Me to We would be the toughest thing I’d ever do. I know it’s just one letter being turned upside down but I guess that when things are turned upside down, nothing is the same.

And he was right. Nothing was the same. It was better. I mean yeah, my wife watches ridiculous shows and always thinks our living room is cold but I’ve told her if she sets the thermostat too high I’m going shirtless and nobody wants that so she keeps our living room at 3rd level of Hell hot and no hotter.
In fact, when I got married It felt like something got fixed when I didn’t know something was broken, like when your ears pop and you can suddenly hear better even though you didn’t know that you weren’t hearing perfectly before. Kinda’ like that. Yes, I just compared marriage to your ears popping.
Everything just got better. My life has been like living in a snowglobe. I think everything looks perfect and then it gets shaken up and it actually becomes more beautiful.

Then we had our first child. Talk about shaking things up. Some friends told me that this would be the really tough part. I’ll admit, having a child sure did shake everything up. And it was tough at times, (not so much the actual birthing which was surprisingly pain free for me) but the late nights and the crying and the late night crying.

And then came baby #2 while baby #1 learned to walk. That was fun. I call them “The hunchback years.” I wandered around the house holding one baby (usually crying) while trying to teach the other how to walk. This, I was told, was the really tough part.

Then came baby #3, 4, and 5 came. Shake. Shake. Shake. At that point, my friends stopped warning me about children. I guess they figured at that point I just wasn’t listening. From what my wife tells me, the child birthing process hadn’t been improved upon since the first one and was still quite painful. I joked how hard could it be if she kept doing it on purpose. Yeah, she didn’t think I was funny either.
And then came years of late night feedings, an inordinate amount of crying, hundreds of thousands of diapers changed, rashes, allergic reactions, bloody noses, ten thousand table corners avoided but dozens hit, chipped teeth, broken arms, E.R. trips, report cards (good and bad), picture days that I forgot were picture days (whoops), and learning to do girls’ hair (still pretty bad.)

Through it all I was told that these were each the toughest parts. But I’ll admit, I have loved it. Truly. Some times were hard but most days I can’t believe my blessings. There’s a little piece of me that keeps waiting for the shoe to drop.

Even now, I’m told that I’m coming in to the toughest part of parenting. My oldest is now 17. “Little children, little problems. Big children, big problems,” I’m told. Yikes. Sounds scary. So far, my oldest has been great. She tries hard in school. She plays hard in her sport. She sometimes even takes out her earbuds when I’m speaking with her. Sometimes. And her jokes are now actually funny, not in that little kid way but actually funny.

I’m now fully ensconced in the “involved parent” era. To me, the term “involved parent” seems redundant but here’s the thing that I don’t think I understood. If your child is on the rowing team, you or your wife will spend an inordinate amount of time talking and meeting and sending emails fundraising or preparing for that activity. My second daughter is on the robotics team and the basketball team. (I sometimes wonder if there were a Venn diagram of high schoolers in robotics and the basketball team, I’m pretty sure my daughter would be one of very very very few occupants.) There are fundraisers, trivia nights and carpools to concern ourselves with.

Now, my wife is an organizational genius. Truly, she’s amazing. When I show up to these meetings, everyone says “Hey Matt” and then they look past me and ask, “Is your wife coming?”
I’ll tell you a quick story. The head of our town’s basketball league approached me and said they didn’t have enough coaches so they were looking for someone who was really good with kids, really understood the game, and was good at managing. He then looked straight at me and asked, “So would your wife be interested in coaching?”

Anyway, yesterday, my neighbor was speaking to me as we both pretended to rake our yards. His oldest is married and his daughter is getting ready to leave the house. He said he had an amazing moment the other day. He was actually all alone in the house for the first time in ages. Even the dog was out. He said he sat on the couch and watched a WWII documentary. But then he said that within an hour he was texting his wife and children and asking when they were coming back. He said it turned out that he doesn’t much like quiet. He said he liked baseball practice. He said he liked teaching his daughter to throw in the backyard. He said he didn’t mind checking homework (except Math.). He said all this quiet will take getting used to.

His wife then called to him that they had to go somewhere and he grumbled in a lighthearted way. And he was off. I raked for a while until my two little ones came out to jump into the leaves. It was like WWE but with less spandex and more giggling. My 12 year old came outside to shoot baskets in the driveway and my then oldest said she got her permit and wanted me to teach her to drive.

This originally appeared in The Catholic Digest: