The Murder Capitol is Afraid of Church Militant 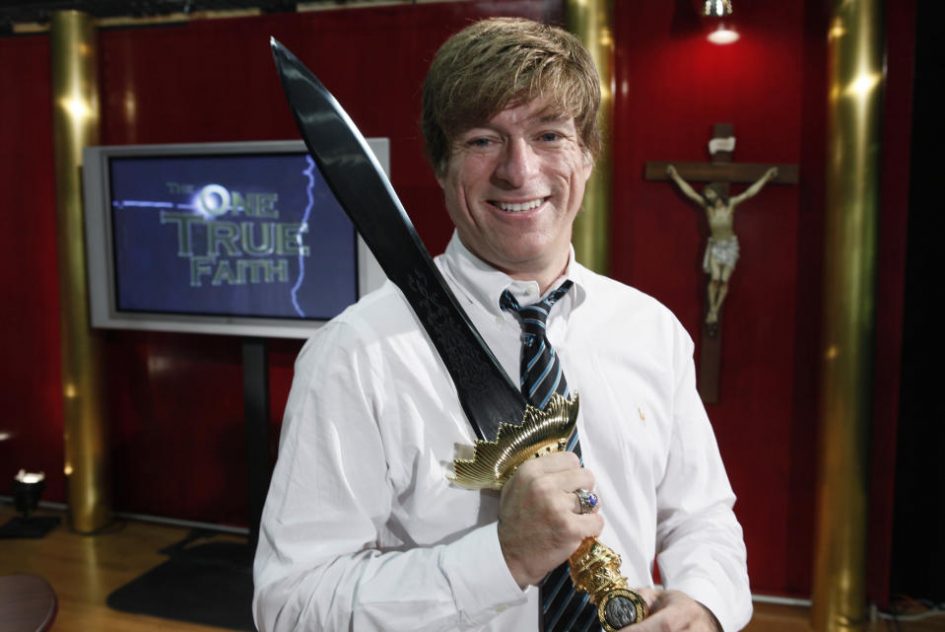 The Associated Press reports that Church Militant is being denied permission to hold an event in Baltimore during the US bishops’ meeting.

“The city says the gathering poses a threat to public safety, claiming the fringe group cheered on rioters who stormed the U.S. Capitol in January.

The event planners are asking a federal judge to decide whether the city is trampling on their First Amendment rights. U.S. District Judge Ellen Hollander scheduled a hearing Thursday on a lawsuit filed Sept. 13 by St. Michael’s Media against the city, Baltimore Mayor Brandon Scott and City Solicitor James Shea.

In a court filing, the city says it instructed the contractor that manages the pavilion to cancel the event “out of a legitimate fear that it would incite violence in the heart of downtown Baltimore.”

Hilariously, this is the picture the AP used to convince readers that Church Militant was violent.

Ah, because you know that sword violence from Catholics is a plague on Baltimore, right?

Or maybe Baltimore has no answer to the real problem of violence so they’ll just go hard after pretend violence.

It’s very clear that Baltimore just doesn’t want conservatives, especially of the icky Catholic variety, to have a voice. If they were actually concerned with violence maybe they would’ve done something about the 250 murders and 412 non-fatal shootings that have already taken place this year.