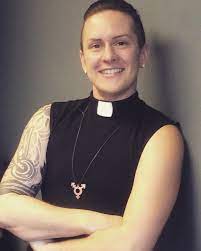 A leader of the U.S. bishops’ conference has written to Catholic prelates throughout the country, alleging that an unspecified number of transgender men have been “unknowingly admitted” to diocesan seminaries and houses of formation for religious orders.

Milwaukee Archbishop Jerome Listecki, who serves as the chairman of the bishops’ Committee on Canonical Affairs and Church Governance, told the nation’s bishops in a Sept. 22 memo that they might consider “various options” to ensure that only people assigned male at birth are ordained to the Catholic priesthood.

Among the recommendations are DNA testing and certification from a medical expert of the bishop’s choosing.

Rocco Palmo, who writes the blog Whispers in the Loggia, first reported the memo, titled “Transgenderism and Seminary Formation,” via Twitter on Sept. 23. Palmo’s initial tweet sparked a range of incredulous replies, with some people comparing the memo to medieval practices that involved physically checking priesthood candidates…

In his recent memo, Listecki says his committee had been made aware of “instances where it had been discovered that a woman living under a transgendered identity” had been admitted to a seminary or a religious institute’s house of formation.

In one instance, Listecki wrote, an individual’s “sacramental records had been fraudulently obtained to reflect her new identity. In all instances, nothing in these individuals’ medical or psychological reports had signaled past treatments or pertinent surgeries.”

The archbishop also wrote that “luckily” each case of a transgender seminarian or religious in training had been discovered before they received the sacrament of Holy Orders.

“Moreover, a diocesan bishop can require various means to establish moral certitude in this regard,” Listecki also wrote, adding that the committee encouraged him to write the bishops about those occurrences so that they would “exercise special vigilance” as a new year of seminary formation begins.”

For sure, this is something that will be attempted in the future and if a woman identifying as a man makes it through, it will be a big giant news story because the Catholic Church will have ordained a woman!!!!! But it will all be fraudulent.

It could be that some provocateur will attempt such a thing. It is also possible that such a person will be shepherded through seminary by some inside the Church as a way of instigating what they would call “progress.”

But Saint Pope John Paul II made the Church’s position clear: “I declare that the Church has no authority whatsoever to confer priestly ordination on women and that this judgment is to be definitively held by all the Church’s faithful.”

Not a lot of wiggle room there, eh?

But don’t doubt this is going on in some seminary at this moment or will be in the near future.