I was with you right up until you mentioned tentacles 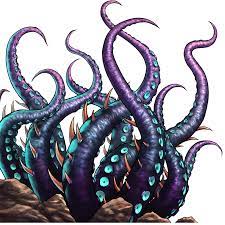 Some random anti-Catholic tentacle fun for a Wednesday.

WMUR reports that this big shot Republican type is in some hot water because he lobbed some vitriolic vaccine theories along with some “anti-Catholic” sentiments.

Gee, I’ve never heard of people getting in trouble for being anti-Catholic so this one must be a doozy, huh? Let’s take a look, shall we?

“Chairman of the House Fiscal Committee, Rep. Ken Weyler, came under fire for sharing the document with committee members. The document was called “vaccine death report.”

The document contains conspiracy theories but also features blatant anti-Catholicism, including an allegation that top church leaders worship Satan. The “report” alleges that multiple popes have answered to a hidden leader known as “The Grey Pope.”

It says in part, “This supreme puppet master operates entirely in the shadows, from where he wields enormous power over the world. This criminal network is highly spiritual in nature, and all who are involved at the top, are involved in dark, ancient spiritual practices. To put it bluntly, they are Satanists.”

Ha! That ain’t no big deal. That’s a random Tuesday in the Catholic blogosphere!!! The only problem I have is that I didn’t think the bad guys were still operating in shadows. I don’t think they’re even bothering with all that anymore.

Now, the guy does go on to say that COVID-19 vaccines contain tentacled creatures and 5G technology intended for mind control. I was unaware of any tentacles so I’m gonna’ have to fact-check him on that detail. I’ll check Snopes and get back to you on that.