Insert Jesus into Anything and You’ve Got Instant Controversy 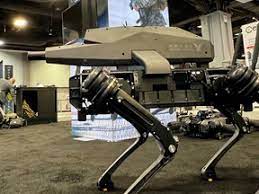 Hey, Superman’s gay!!! Bet you didn’t see that coming. Guy wearing tights and all. But hey, it’s not controversial. In fact, if you think it’s controversial it’s because you’re a homophobe and probably a closeted homosexual yourself.

You can’t be controversial on the left anymore. Gay, trans, polyamorous? All good. Actually, the only way to be controversial is Christ. If you want instant controversy, just add Jesus. Could you imagine if Superman became an evangelical Christian. I don’t mean a kinda’ sorta’ Christian. I mean, a real Bible believing Christian who’s got a Bible verse for any and every problem. Now that would be controversial, right? The media would lose their minds.

For years, the easiest way to spot the secret bad guy in any show or movie is find the guy that mentions Jesus. That’s a dead giveaway. That means they’re crazy.

But if you’re looking at it like a pure numbers game, there’s a heckuva lot more people like that than people who self-identify as LGBT. So you have to ask yourself, does art mirror reality or does the artist intend to shape reality?

That’s sort of a deep question there. I’ll let you puzzle on that for a while.

But some tech company just created a robot-dog with a sniper rifle. Who the hell thought that was a good idea? This nightmare will surely be in the hands of our deep state brethren within a decade. What? You don’t want the vaxx? Well, Fido here might just have to pay you and yours a visit.

No controversy there. How about if they created a robot-dog that spouted bible verses? Instant controversy.

Jesus is like secondhand smoke. Sure, you can believe what you want but if anyone else gets a whiff of it then it’s a problem.

The thing is, Americans had it easy for a while. Christianity was part of the fabric of life. But now He’s been torn out. Ripped from the fabric of society and tossed out. If you’re going to talk about Christ and live by Christian standards you can expect the wrath of the elites. It will require courage to speak of Christianity. It already does but it’s going to get worse. It’s going to get harder to live by Christian teaching.

But their passion for attacking the Church will eventually lead some to question, “What is this thing that makes our leaders so irate? What is this teaching of love, freedom, and faith?” And that’s how we start building again…as long as we can stay away from the robot sniper dogs.