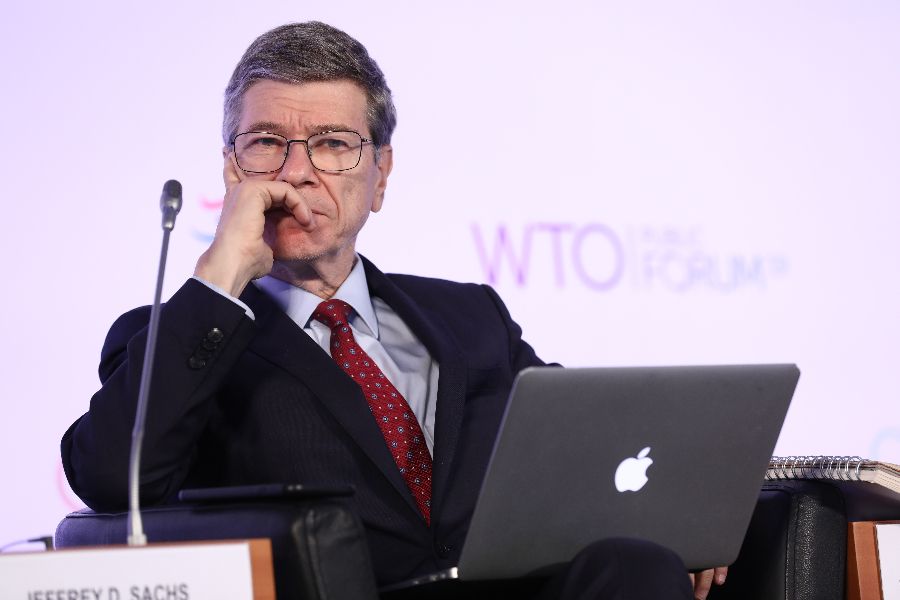 Sachs recently criticized the Biden administration for overstating Chinese abuse of Uyghur Muslims, saying it’s wasn’t genocide per se. Not to say it was all kumbaya but it’s not genocide. (The Uyghurs would disagree.)

Sachs has also spoken out in favor of population control touting efforts to “greatly reduce fertility rates in poor countries.” Hmmm. How does that jibe with the Catechism?

The great Edward Pentin at the National Catholic Register reported that the chancellor of the Academy, Bishop Marcelo Sánchez Sorondo, explained Sachs’s unusually close relationship with the Vatican in recent years, by saying: “He integrates the magisterium of the Church and of Pope Francis into economics by putting the human person and the common good at the center.”

Except if you’re a Uyghur or the unborn, huh? Well yeah, except for those humans. But other than those he’s awesome, amiright?

Here’s a historical snippet of some of Sachs’ greatest hits from C-FAM:

He (Sachs) made a plea for legalizing abortion as a an cost-effective way to eliminate “unwanted children” when contraception fails in his 2008 book “Commonwealth: Economics for a Crowded Planet.”

He describes abortion as a “lower-risk and lower-cost option” than bringing a new human life to the world.

He also glowingly writes that the “legalization of abortion reduces a country’s total fertility rate significantly, by as much as half a child on average”, and criticizes Ronald Regan and George H.W. Bush for denying groups that provide and promote abortion any U.S. funding through the Mexico City Policy.

Sachs is listed as an author of the background note to a declaration adopted by scientists and religious leaders at the Vatican conference, which validated the theory that human activity is changing the Earth’s climate. Unlike the declaration, the background note with a Vatican emblem at the head speaks of the world’s population as a problem.

Sachs is a development guru of sorts who gained fame advising countries on transitioning to a market economy following communism. He was the lead architect of the Millennium Development Goals, and has been the UN Secretary General’s right hand man on development for the better part of the last fifteen years.

During the Millennium Development Goals’ implementation he pleaded incessantly for countries to include “sexual and reproductive health” and “reproductive rights” in the scheme, after they were initially left out, and was part of the machinations that eventually led to their inclusion over and against objections from the Holy See and the United States.

Sachs is the heir-apparent of the discredited population alarmists of the twentieth century who warned against the “population bomb” and developed the concept of the Earth’s limited “caring capacity.”

In his 2008 book he praises the widespread adoption of family planning programs in the 60s and 70s, even though they are widely recognized as having been coercive and dehumanizing. But according to Sachs “high fertility rates are deleterious to economic development.”

This is a sad day. Weirdly, these sad days aren’t shocking anymore. There has been a parade of bad days in recent years. We should expect more to come. The cross is supposed to be heavy. I just wish they would stop hitting us with it.