Noam Chomsky: Unvaccinated should ‘remove themselves from the community,’ access to food ‘their problem’ 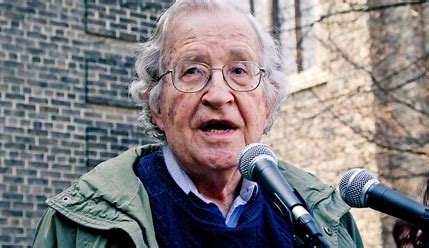 This is what godlessness begets. Materialism views people as just material. And sometimes you have to cut material to create the vision, huh?

Celebrated leftist philosopher Noam Chomsky recently argued that those who remain unvaccinated should be segregated, saying that obtaining food after they had “the decency to remove themselves from the community” was “their problem.”

Their problem? Sounds…Stalinesque. Or in the words of the great 20th century philosopher Ivan Drago:

“How can we get food to them?” Chomsky told YouTube’s Primo Radical. “Well, that’s actually their problem.”

This right there is the issue, isn’t it? The people who preach inclusiveness only want to include some and not others. They don’t truly mean anything they say.

Feeding themselves? That’s their problem.

Feeding their children? That’s their problem.

Caring for their sick? That’s their problem.

“Then the Lord said to Cain, “Where is your brother Abel? I don’t know, he replied. “Am I my brother’s keeper?”

This seems to be the thing our “elites” don’t understand about people. They will secure their freedom. They will wrench their liberty from the greedy utopian fashioning hands of academics and bureaucrats if they have to. But they will secure it.

Davie Rubin had an appropriate and intelligent reaction to this madness:

Chomsky is a truly disgusting human being.

Materialism is madness. Eventually it always devolves into utilitarianism and some will suffer so that others may not. Those with connections will not suffer.

Christianity is the opposite of this kind of thinking. That’s the thing. Christ didn’t come to upend systems of government. He came to save YOU, the individual. He didn’t make you responsible for transforming the world into heaven on Earth because He understood the fallen nature of human beings. He kew that when people go about attempting to make heaven on Earth they end up making it hell for everyone. But more importantly is that we make demons of ourselves.