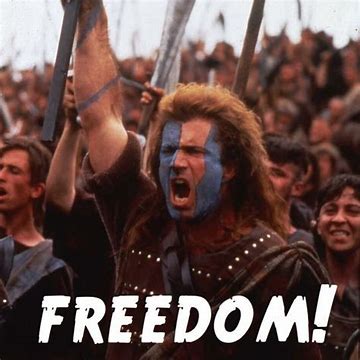 “‘Emergencies’ have always been the pretext on which the safeguards of individual liberty have been eroded.”-Friedrich August von Hayek

The New York Times, a former newspaper, is celebrating Americans being relieved of the burden of freedom. Check out this story about the vaccine mandates:

When Tyson, one of the world’s largest meatpacking companies, announced in early August that all of its 120,000 workers would need to be vaccinated against the coronavirus or lose their jobs, Diana Eike was angry. Eike, an administrative coordinator at the company, had resisted the vaccine, and not for religious or political reasons like many others here in her home state.

“It was just something personal,” she said.

Now, Eike is fully vaccinated, and she is relieved that Tyson made the decision for her. The company, she said, “took the burden off of me making the choice.”

Ah, relieved of all that pesky freedom. Must be nice.

As Voltaire said, “It is difficult to free fools from the chains they revere.”

Freedom is clearly not something that can be handed down. It can only exist when it is fought for, grasped, and held firmly.

“Freedom makes a huge requirement of every human being. With freedom comes responsibility. For the person who is unwilling to grow up, the person who does not want to carry his own weight, this is a frightening prospect.” – Eleanor Roosevelt

We have now seen generations of Americans who refuse to grow up. They think freedom just exists or it surrounds us like oxygen. When freedom is believed to be free, it perishes. Freedom must be earned and we just don’t seem to be interested in earning anything anymore.

If you seek freedom you must fight. If you seek to be relieved of the burden of freedom, those willing to do that will find you. Just sit back. They will come. In fact, they are here already.