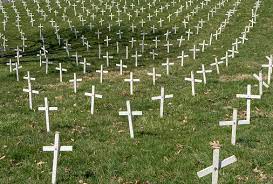 If you want more of something fund it.

Some bad news from Michael New at NRO: “Another important lesson from the new data is that policy continues to affect the incidence of abortion. In 2018, West Virginia stopped funding abortions through the state’s Medicaid program, and abortions in the state dropped 21 percent in 2019. Conversely, Illinois began funding abortions through the state Medicaid program in 2017. For the second year in a row, the CDC data indicate that the number of abortions increased by more than 9 percent in Illinois.”

You can read Michael New’s entire piece at NRO. He also has good news because he’s that kind of guy.

If we’re not willing to protect life, what are we really going to be willing to fight for?