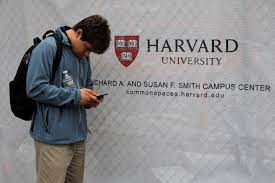 To be fair, I normally don’t give a hoot about anything Harvard says but I’ll allow this one. Harvard University says homeschooled kids are BETTER than those children educated in public schools.

The scholars analyzed data of over 12,000 children of nurses who participated in surveys between 1999 and 2010 and found that homeschooled children were about one-third more likely to engage in volunteerism and have higher levels of forgiveness in early adulthood than those children who attended public schools. Homeschooled children were also more likely to attend religious services in adulthood than children educated in public schools, which the researchers noted is correlated with “lower risks of alcohol and drug abuse, depression and suicide.”

The new findings offer a stark contrast to the portrayal of homeschoolers by Harvard Law School professor Elizabeth Bartholet, who notoriously called for a “presumptive ban” on homeschooling last year—just before the US homeschool population ballooned to more than 11 percent of the overall school-age population, or more than five million students, in the wake of the coronavirus response.

OK. So, to be clear, public schools students were less forgiving, less likely to attend religious services which is often associated with lower risks of drug abuse, depression, and suicide.

So, why aren’t you homeschooling yet? Or at least, pulling your kids from public school?

In fact, there’s some evidence that parents are pulling their children from public schools.

For the second straight year, enrollment in Virginia public schools has dropped, with 46,000 fewer students enrolled since the start of the COVID-19 pandemic.

According to data from the Virginia Department of Education, the largest school district in the commonwealth, Fairfax County, saw the largest enrollment dip — more than 10,000 students, or a 5.4% difference between fall 2019 and fall 2021.

That’s good news. It’s an interesting irony that teachers’ unions fought so hard to keep children out of school at the height of the pandemic. Well, some are staying out. Good job union!!!! That means fewer public school teachers will be needed. Thanks for playing. Play stupid games, win stupid prizes.

I’ve long said that in these insane days, Catholic schools just need to be sane to be a counterpoint to the culture’s insanity. Too many, however, are attempting to half it by only acting half insane and pretending that’s a good option for parents.

Many parents are reconsidering how their children are educated. Homeschooling is a great option. Catholic schools should make themselves a great option, not just a less bad one.

So, to sum up in a scientific way. This is your kid in public school:

This is your child being homeschooled:

That’s just science. If you dispute me on this, you’re attacking science. And you don’t want to be a science denier, do you?