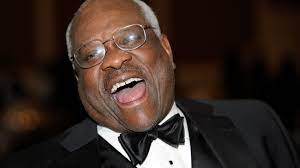 This is a stunning moment that really exemplifies the bankruptcy of the Roe v. Wade decision.

During the Supreme Court hearing on the Mississippi pro-life law that bans abortions at 15 weeks, Supreme Court Justice Clarence Thomas broke his typical silence to ask a penetrating question.

The lawyer defending abortion blathered on and on and on…and said very little. Here’s some of it. It’s basically a lot of syllables strung together but empty of meaning.

“The right is grounded in the liberty component of the 14th Amendment, Justice Thomas. But I think that it promotes interest in autonomy, bodily integrity, liberty and equality. And I do think it is specifically the right to abortion here, the right of a woman to be able to control, without the state forcing her to continue a pregnancy, whether to carry that baby to term,” the lawyer said.

But Thomas didn’t end it there.

You remember that kid in your neighborhood who took a magnifying glass and angled the sun’s rays to torture insects. Well, that’s kind of like this except awesome.

All out of polysyllabic hollow words and exhausted from tap dancing, the lawyer finally responded by saying that she believed the Constitutional right that legal access to abortion rests on is the heretofore unseen right to abortion.

“It’s the right of a woman prior to viability to control whether to continue with a pregnancy,” the lawyer replied.

I guess that part of the Constitution was written in invisible ink that only leftists can see.

This was a stunning moment because for so long the legal argument for abortion has been hidden by obfuscation and legalese terms but Clarence Thomas cut through all of it.