If Only CNN Producers Could Marry!!! 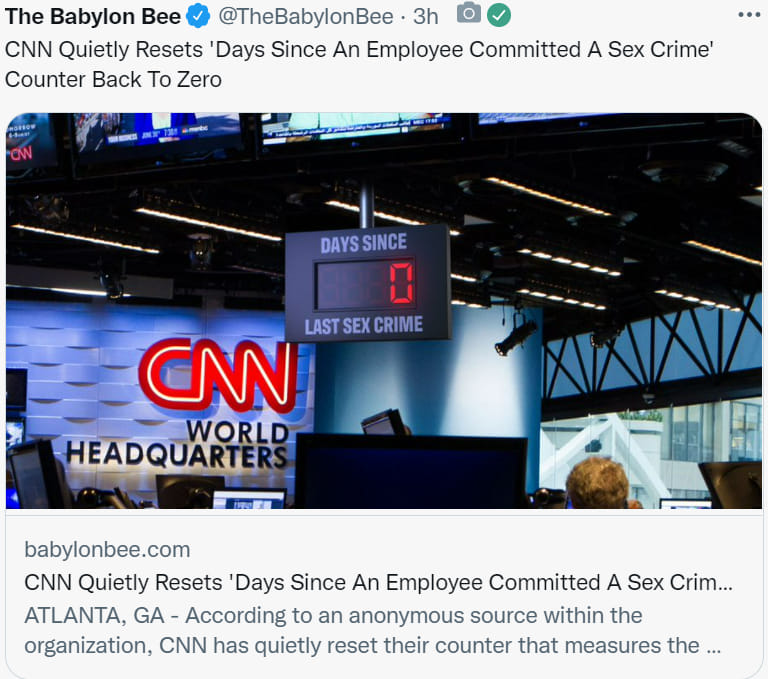 Within one week two CNN producers have been outed as…deviants who prey upon children.

This is the kind of time where people scratch their heads and wonder what is going on.

So, for the past decade we’ve heard uninformed geniuses say the the child abuse scandal was primarily due to the celibacy requirement for priests. So how to explain teachers and CNN producers?

This is a sickness that is pervasive throughout our culture. I can’t help but wonder if this sexual revolution is maybe not working out so great. And I’m pretty sure the internet is probably not helping things.

And those who are supposed to be investigating this are involved.

Check out this lead from a recent news report: “America’s secret service agency CIA has had credible information about the sexual exploitation of children by at least 10 of its employees and contractors in the past 14 years, reported Buzzfeed News. However, only one of them was charged with a crime while the others were subject to an internal investigation that allowed the sexual offenders to go scot-free.”

We are in a tailspin. We continue telling generation after generation that if you feel it, it’s acceptable. You should always act on your feelings. To not act on every single impulse you have would be a denial of yourself and your identity.

This, of course, is a disaster. We look to God to call us out of ourselves. We shouldn’t spelunk into every dark desire that flits across the transom of our minds but look to God to carry us into the light.

This will only get worse. Pray.