Who Needs ABC’s When You’ve Got LGBTQ? 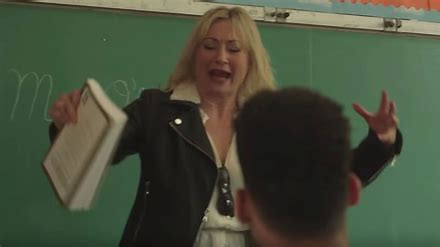 To be fair, teaching math is hard. It’s easier to just regurgitate talking points from your college sociology professor -y’know the cool one who smelled like pot and once appeared on MSNBC.

The Los Angeles Unified School District’s Office of Human Relations, Equity, and Diversity hosted a 10-week online club for LGBTQ elementary school students, according to a Wednesday report from the Federalist.

The group hosted online meetings over a period of 10 weeks.

According to the report, the virtual club was geared toward “LGBTQ+ elementary school students, their friends, and their grown-ups.”

The outlet reported that the District Office of Human Relations, Equity, and Diversity created a variety of “short, student-facing Push & Play lessons for educators to utilize in their advisory classes.”

“Several of these presentations pushed leftwing gender theory, including one that even informed students of the ‘two-spirit’ Native American sexuality, which has allegedly ‘survived centuries of colonial violence and prejudice,'” the outlet added.

One such production featured a host who complained about European colonizers’ effects on Native Americans after they “imposed homophobia, rigid binary gender roles, and misogyny” — which the host suggested were a byproduct of the Christian faith.

It’s more important to teach them who to hate than inspiring them to love learning. Children are just pawns to be used in their woke war against Christianity/capitalism/the patriarchy.

Stop sending your children to them. Remember when you first learned about the Mayans sacrificing children by the dozens. You wondered why parents allowed their children to be sacrificed to false gods. Pssst. Most of the country is doing it right now.