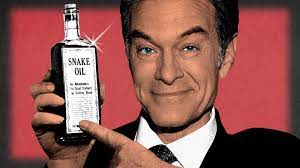 Fox News’ Will Cain doesn’t let up. This is the job of reporters and he does it well here. And in the end of this clip he calls Dr. Oz out for not answering the question.

If you don’t know that unborn babies are human beings beginning at conception, we can’t trust you to vote pro-life.https://t.co/s6s4VWp40Kpic.twitter.com/8RRycY2Fay

Either way, pro-life voters should have nothing to do with him. He is either against us or is too cowardly to stand up for life.

I personally believe its choice #1. I covered many political campaigns as a journalist and even ran a number of campaigns later. I can tell you that when office workers for middle of the road Republicans answered their phones they were told how to respond to abortion questions. If the woman on the other end of the line (and it was almost always women) asked about choice you had a script that emphasized your candidate’s nuances and how they were merely against late term abortion but perfectly supportive of “choice.”

If, however, the caller actually used the word “life” or “abortion” you knew they were pro-life and the office workers were told to talk about how strongly the candidate was against partial birth abortion and how bad the Democrat was.

This is the kind of games politicians are up to. For them it is a game to stay in power and for those working in the offices it’s a game to be near power.

Don’t play their game. See through it.