Some “Men” Are Getting Vasectomies To Protest Texas Abortion Law 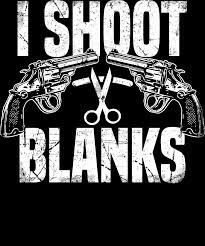 Daily Caller reports: “A Texas doctor said his practice has seen a nearly 15% increase in vasectomies as men try to push back against the state’s abortion law, The Washington Post (WaP0) reported Sunday.

Shaw told the outlet patients are coming in, saying “‘Hey, I’m actually here because some of these changes that [Gov. Greg] Abbott and our legislature have passed that are really impacting our decision-making in terms of family planning,’ so that was a new one for me as a reason – the first time, patients are citing a state law as their motivating factor.”…

Texas clinics aren’t the only places seeing men choose vasectomies, with Florida urologist Doug Stein marketing the procedure as “an act of Love” for their partners and “the ultimate way to be a good man,” according to the WaPo.

Boston family medicine doctor Sarah Miller referred to the “trend” as “remarkable … in the family planning community of recognizing and promoting vasectomy and birth control for men,” according to the report.

“It warms my heart to hear men say, ‘I am so nervous, but I know this is NOTHING compared to what my wife has gone through,’” Stein told the WaPo.

Stein and family medicine doctor Esgar Guarín even launched a “Responsible Men’s Clubs” chat for men who have had the procedure can share information about their sexual performance and explain how it “doesn’t take away their manhood, but in fact makes them a better man,” Guarín reportedly said.

OK. This really makes me nervous because when leftists think something is good they start mandating this “good” for all. It’s what they do. So right now I’m feeling a little:

“Woe unto them that call evil good, and good evil; that put darkness for light, and light for darkness; that put bitter for sweet, and sweet for bitter!”