The Longest Nine Seconds of My Life 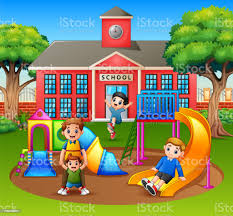 The gospel yesterday was about Joseph and Mary losing Jesus…FOR THREE DAYS!!! The longest nine seconds of my life was when I thought I’d lost my third child.

I wrote this at that time:

I lost her. For about nine seconds I couldn’t find my six year old daughter Shannon. I say nine seconds because I know it couldn’t have been the eternity it felt like.

You see, the three girls received excellent report cards. Well, Corinne got one “S” instead of a “G” and I lectured her about effort and perseverance and the importance of G’s because that’s what crazy fathers do.

At the end of my lectures I always ask, “So what have we learned?” It’s my way of wrapping it up in a neat little lesson and also letting them know it’s done. So I asked and she told me about a second-grader who threw up in the hallway at school.

Mary Cate laughed. I think at me. My six year old Shannon then announced every word she knew that started with a G. Great. Good. God. Uhm…Gall!

She knows that word because it’s something I tell her she has way too much of for a six year old.

Because it was report card day I asked my gang of five children where they wanted to go for dinner. “Burger King!” they yelped, not because they like the food but because we pass its playground often and children can only see giant red tubes and yellow slides so many times without envisioning it as a local Coney Island.

We don’t do fast food often so when we got there I ordered Happy Meals. Well, you don’t know from awkward until you’ve ordered a Happy Meal at Burger King.

Oh. Kid’s meals. Sorry. I then tentatively ordered myself a Whopper and the Sneer asked if I wanted a “regular whopper” or an “Angry Whopper” with jalapenos.

“Wait,” I joked, “you don’t have Happy Meals but you have Angry whoppers? That doesn’t sound right.”
Mary Cate laughed. The sneer didn’t. Corinne then told the Sneer that she thought her gold ring was pretty, and Shannon excitedly said gold starts with a G. The Sneer seemed overwhelmed.

After eating, the children played hide and seek in the playground where the children outnumbered parents 4:1. The cacophony of shrieks and squeals forced families to lean into each other to be heard. I watched as the children found everyone but Shannon. I wasn’t worried because she has always taken hide and seek very seriously. At home she’s the one who crawls into the hamper or covers herself in shoes in the closet. And will stay there like a six year old Rambo.

When they continued calling her I perused the playground. Nothing. Soon I nonchalantly darted around looking up the covered slides and transparent tubes. No six year old. I scanned the exits and peered out into the parking lot. Nothing.

Cue the panic. Start the longest nine seconds of my life. Should I climb into the tubes or man the exit? Enlist every parent to search? OK. Calm. Dispatch the other children into the tube and search every face while standing at the exit.

And then I spotted her. In plain sight. Seated in a booth between two chatty elderly Asian women just ten feet from me. Smiling the smile of a hide and seek champion.

Until she saw the look on my face.

Needless to say I was one angry whopper of a dad and the rest of the meal was not happy. It’s difficult downshifting from imagined tragedies back to everyday life so I gathered the children in a booth for a lecture about strangers and ended with something reasonable like “No hide and seek ever again.”

And we sat in silence for a moment until I calmly said, “I was really scared there for a minute. I couldn’t find you.”

Corinne raised her hand as if she were at school and asked, “Do you want to know what I learned?”

“Don’t go down the slide with lunch money in your pocket because it hurts,” she said.

Mary Cate laughed. I could laugh too because at that moment I just felt grateful. Grateful they were with me. Grateful we could laugh. Grateful to have the six year old trapped between me and the wall.

I told them I learned to be grateful. My six year old said grateful starts with a G.