The Devil Believes in God. That Don’t Make Him a Christian 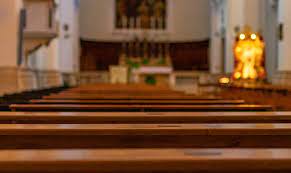 Sometimes we think that just our acknowledgement that there is a God will save us.

I’m always wary of polls like this because people lie to pollsters and who the heck answers polls anymore? But anyway, I think any time you do something like this you should have a breakout of Catholics who attend Mass and those who don’t. They split up the protestant by asking if they’re “born again” or evangelical” or not evangelical.

Catholics don’t get that…mainly because we’re Catholic and there aren’t “denominations.”

But my main point is that if you’re not praying often and attending Mass you’re not really getting this whole Catholicism thing. You can’t look at it like “Ugh. I have to go to Mass.” It should be “I get to go to Mass.”

It should be gratitude, so much gratitude that you don’t know where to put it all.