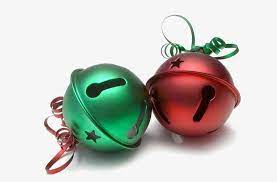 This is insane. This school district is banning “Jingle Bells” not because they’re anti-Christian but because they are are anti-racism.

You see, Jingle Bells is so old that it was performed at minstrel shows and therefore should be banned. That would essentially make any old song ban-able. Anything Al Jolson performed? Gone.

The truth is that they want to ban Christmas songs and found a reason.

The popular Christmas song “Jingle Bells” was removed from a New York elementary school’s music curriculum over its “questionable past.”

The decision to drop the song was first reported by the Rochester Beacon in New York, prompting the Brighton Central School District’s superintendent in a Dec. 28 letter to defend the move at Council Rock Primary School as an effort “to be more culturally responsive, thoughtful, and inclusive.”

“It may seem silly to some, but the fact that ‘Jingle Bells’ was first performed in minstrel shows where white actors performed in blackface does actually matter when it comes to questions of what we use as material in school,” Superintendent Kevin McGowan wrote.

The professor wrote in a 2017 article that the song’s legacy is ”a prime example of a common misreading of much popular music from the nineteenth century in which its blackface and racist origins have been subtly and systematically removed from its history.”

Hamill said the song might have been first performed in 1857 in Boston by a minstrel performer.

A minstrel show, commonly performed in the early 19th and 20th centuries, “was founded on the comic enactment of racial stereotypes,” often involving white performers with their faces painted black, according to Britannica.

“This wasn’t ‘liberalism gone amok’ or ‘cancel culture at its finest’ as some have suggested,” McGowan said of the school no longer performing “Jingle Bells.”

When Hamill was notified about the elementary school’s decision, the professor was “shocked,” according to the Rochester Beacon.

“My article tried to tell the story of the first performance of the song, I do not connect this to the popular Christmas tradition of singing the song now,” Hamill told the outlet.

“The very fact of (“Jingle Bells’”) popularity has to do (with) the very catchy melody of the song, and not to be only understood in terms of its origins in the minstrel tradition. … I would say it should very much be sung and enjoyed, and perhaps discussed.”

You’ve at least gotta’ give them some credit for coming up with an inventive way to ban Christmas songs. They see that they get pushback when they go after Christmas and Christians so now they’re going to pretend its anti-racism. Then, if anyone objects they’re immediately labeled racist. And nobody wants to be called a racist. So, scaring people into accepting your anti-Christian venom is the new plan, eh?

It’s amazing how anything the left is against is immediately tied to racism. Weird, huh?