“Life Goes On” Show Gets a Sequel 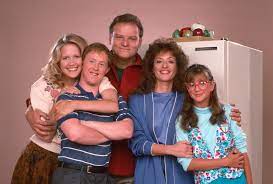 “NBC has handed out a put-pilot commitment to a sequel to the former ABC drama, with original star Kellie Martin attached to reprise her role. The potential series hails from writer/exec producer Nkechi Okoro Carroll and is set up at Warner Bros. Television, where the All American showrunner is based with a rich overall deal.

Described as a sequel to the four-season drama that ran from 1989 to 1993, Martin will reprise her role as Becca Thatcher, who is now an accomplished doctor, and her extended family as she returns to her hometown.

Carroll will pen the script and exec produce via her WBTV-based Rock My Soul Productions banner. The company’s Lindsay Dunn will exec produce. Original stars Martin and Chad Lowe will also be credited as producer, while former series creator Michael Braverman is set as an exec consultant.

The Life Goes On sequel was first announced last September when Carroll signed a new, eight-figure overall deal with Warners. The project was shopped to buyers late last year before landing at NBC with a sizable put-pilot order. (The project would still need to receive a formal pilot order in order for cameras to roll.)…

Life Goes On was a groundbreaking series and featured the first network show to feature a regular character who had Down syndrome (portrayed by Chris Burke). “

Very very few shows feature characters with Down syndrome. You know, there’s all this talk about diversity on television but very little actual representation of many people’s lives.

Chris Burke was around for quite a few years on television and I know he’s been a strong public advocate for people with Down syndrome.

In fact, here’s a shot of him at a YouTube reunion for the show.

I hope this is a good thing. Actually, I don’t even know if I have actual hope at this point. I’m kind of hoping they give me reasons to hope. I hope to hope?